Activities relating to cooperation in the area of defence and security are regularly monitored and new areas discussed during the Biennial Defence Ministers Dialogue, the annual Joint Defence Cooperation Meetings, and the service level Staff Talks

The two commodity heavyweights have set a target to double bilateral trade to US$50 billion by 2025, which now stands at US$21.1 billion

India is the second-largest buyer of coal and crude palm oil from Indonesia, apart from minerals, rubber, pulp and paper, and oil and gas 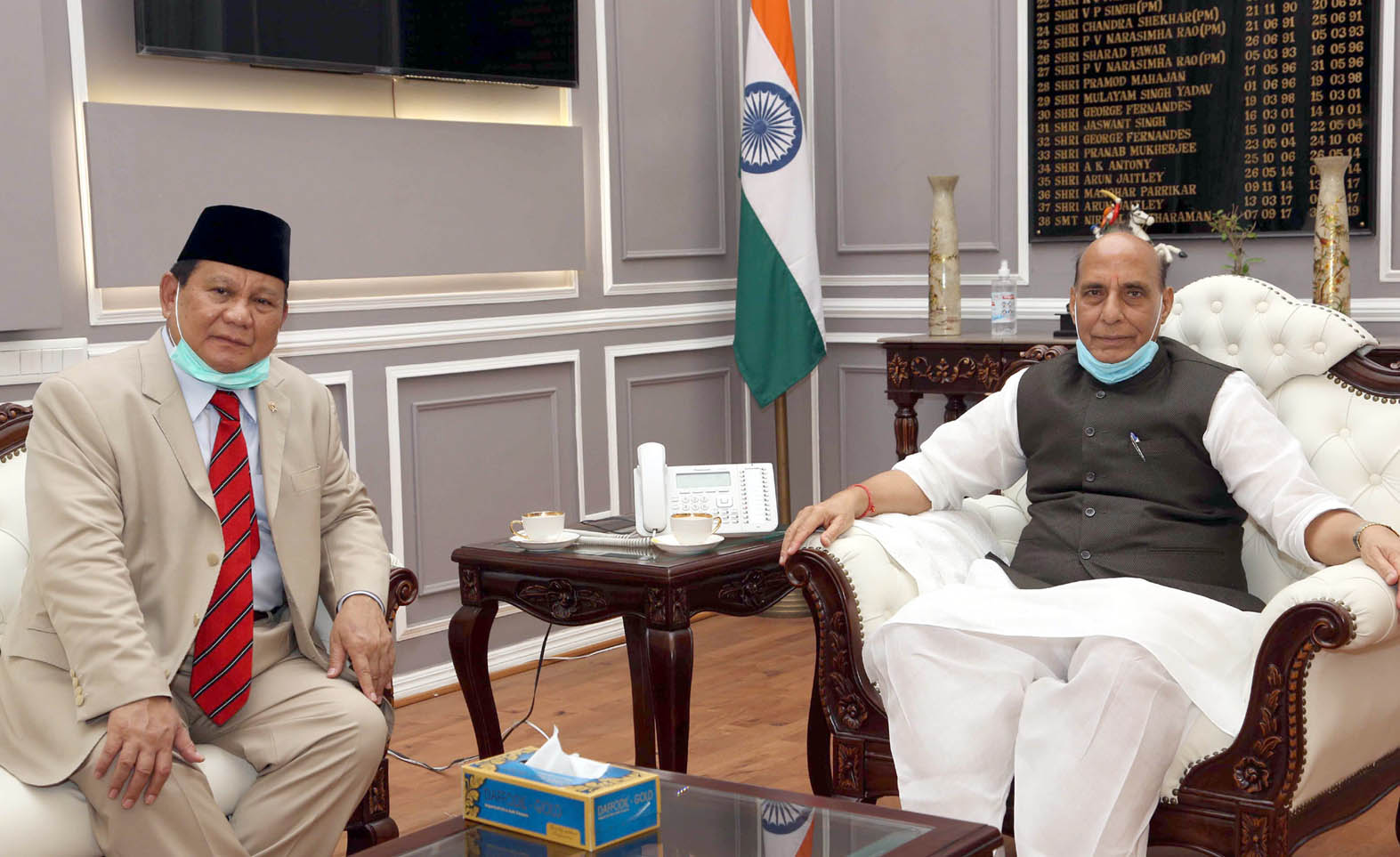 The Governments of India and Indonesia on July 27 held Defence Ministers’ Dialogue, which saw both nations strengthening bilateral defence cooperation. At the critical meeting, while the Indian delegation was headed by Defence Minister Shri Rajnath Singh while the Indonesian delegation was led by its Defence Minister General Prabowo Subianto. Mr. Subianto was in India to bolster the ties between the two maritime neighbours. The Dialogue, which followed the 70th anniversary of bilateral diplomatic ties, was indicative of a gradual shift in the relationship between the two Indo-Pacific countries.

The two countries have a long history of interactions across governance, trade linkages, defence and security, science, and innovation, as well as cultural and people to people interactions. At the Dialogue, Minister Singh indicated that the defence cooperation between India and Indonesia have witnessed an upswing in recent years, which aligns with the Comprehensive Strategic Partnership between the two sides. Building on the progress, both the Ministers agreed to further enhance the bilateral defence cooperation, which currently spans across joint training to trade in defence equipment.

India and Indonesia have robust cooperation in the area of defence and security. In May 2018, during the state visit of Prime Minister Shri Narendra Modi to Indonesia, a new Defence Cooperation Agreement was signed to reflect the elevation of the ties between the two nations to a Comprehensive Strategic Partnership. Activities relating to cooperation in the area of defence and security are regularly monitored and new areas discussed during the Biennial Defence Ministers Dialogue, the annual Joint Defence Cooperation Meetings, and the service level Staff Talks, among other engagements.

At the meeting, potential areas of cooperation in defence industries and defence technology were also identified by the two countries. Both the Ministers committed themselves to further strengthen bilateral cooperation in these areas and take them to the next level of deliverables. India’s Chief of Defence Staff & Secretary Department of Military Affairs, General Bipin Rawat, Chief of Army, General M M Naravane, Chief of Navy, Admiral Karambir Singh, Chief of Airforce, Air Chief Marshal R K S Bhadauria, and Defence Secretary, Dr. Ajay Kumar, and other senior civil and military officials also took part in the meeting.