The biennial event, inaugurated by Prime Minister Shri Narendra Modi, has emerged as a leading platform for promotion of business and innovation in the defence industry

The 11th DefExpo attracted more than 1,000 defence foreign companies from over 170 nations, making it the biggest ever DefExpo to be held in India

On the sidelines of DefExpo, India hosted the first-ever India-Africa Defence Ministers Conclave, in which more than 30 African countries participated

The Government has committed to building a US$26 billion defence industry by 2025, identified as one of the focus sectors under the “Make in India”

DefExpo saw the signing of over 200 partnerships, including agreements, technology transfer, and product launches between Indian and foreign entities 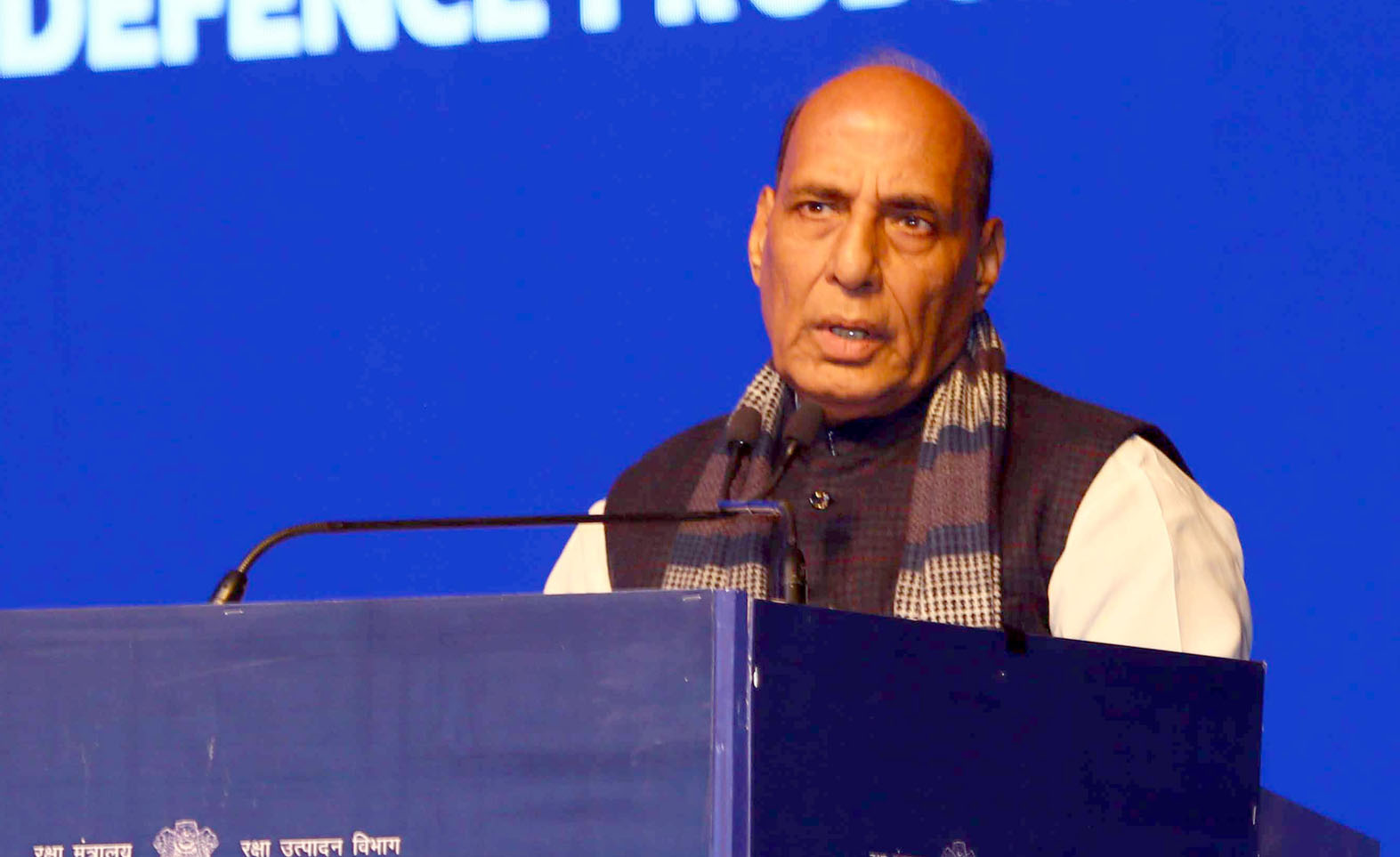 Several foreign countries and exhibitors participated in the DefExpo 2020, held in Lucknow over February 5-9, cementing India’s growing stature in the international defence/aerospace arena. The biennial event, inaugurated by Prime Minister Shri Narendra Modi, has emerged as a leading platform for the promotion of business and innovation in the defence industry. Indian Defence Minister Shri Rajnath Singh said that the 11th DefExpo attracted more than 1,000 defence foreign companies, making it the biggest ever DefExpo to be held in India. The event provided an unparalleled opportunity of interaction and brainstorming for innovators, manufacturers, market leaders, government and other stakeholders. DefExpo 2020 was also attended by ministers from over 40 countries that took part in the DefExpo. On the sidelines of the key event, India hosted the first-ever India-Africa Defence Ministers Conclave, in which more than 30 African countries participated. This provided a chance for the nations to strengthen their defence ties with India.

The Indian Government has committed to building a US$26 billion defence industry by 2025, with the sector being identified as one of the most prominent focuses under the “Make in India” initiative. The defence industry has been envisioned as a driving force to set up a US$5-trillion economy by 2024-25. Herein, the Government has enforced several initiatives to develop defence R&D and manufacturing skills to not just reduce import bills, but also considerably raise export income. The nation’s technological prowess and high-margin, high-quality manufacturing set-up have helped in building that capability. To develop this industry, the Government has envisaged investment of US$10 billion in aerospace and defence goods and services by 2025. This is expected to create employment for up to 3 million people. Easing of procedures for defence exports has resulted in the export of over US$1.5 billion in 2018-19, which is nearly seven times the export achieved in 2016-17. This is anticipated to rise to US$5 billion by 2024.

As of end-December, US$823.6 million worth of defence exports were recorded for 2019-20. Meanwhile, FDI inflows of more than US$256 million have been reported since 2014 under both the government and automatic routes, as per the data furnished by 79 defence and aerospace companies. Backed by such a strong base, DefExpo saw the signing of more than 200 partnerships, including preliminary agreements, technology transfer, and product launches between Indian state-run and private defence companies and foreign government and private enterprises. This marked the most successful edition of the event. A lot of these interests are driven by the increasing skill sets in India around technological innovation and development as well as a liberalised licensing regime. Out of the 200 partnerships signed, 23 were with the host state of the DefExpo, Uttar Pradesh. The deals are expected to bring in investments of more than US$5 billion in the defence corridor set up in the state and generate 300,000 new job opportunities.

India’s Union Budget for FY 2020-21 had allotted 15.5% of its total outlay (US$426.4 billion) for defence purposes. Following this, in the DefExpo, Indian defence companies such as the Defence Research and Development Organisation, Hindustan Aeronautics Ltd, Ordnance Factory Board, Bharat Dynamics Ltd, among others, showcased their latest offerings that included a light helicopter, artillery gun, anti-tank guided missile, anti-submarine torpedo, among others. Additionally, DRDO handed over 15 technology transfer licenses to 17 industries on DRDO developed technologies that cover the area of electronics, laser technology, armaments, life sciences, materials science, combat vehicles, naval systems, sensors, aeronautics, etc. These will help boost India’s defence self-reliance while adding to the nation’s export basket. Over the last year, DRDO has transferred 114 technologies to industries. DefExpo also held talks and saw partnerships in technology IPR, testing, certification, and other key facets of defence trade.
The DefExpo 2020 provided an opportunity for the Indian defence industry to bolster ties with countries like the US, the UK, UAE, Russia, South Korea, Maldives, Kyrgyzstan, Oman, among others. At the event, foreign companies from more than 170 countries displayed their latest technologies and offerings in the areas of military armaments, artificial intelligence, cybersecurity, e-management, internet of military things (IoMT) and Industry 4.0, augmented and virtual reality and future forces. Powered by new and improved capabilities and the requirements of the time, India’s global interactions in defence and aerospace have crossed over from buyer-seller relationships to core collaborations. This has led to an increase in activities in the Indian defence space, including the creation of two defence corridors, along with the efforts led by initiatives such as Make in India, Start-up India, and Skill India. Herein, DefExpo 2020 successfully pitched India as a reliable partner in defence manufacturing and innovation.