India and China, large and populous neighbours in the dynamic growth centered continent of Asia, find themselves pitted today against the global phenomena of flux and rebalancing

The India China economic relationship is shaped through various dialogue mechanisms between the Commerce, planning, and financial authorities

Bilateral trade between India and China has seen a steady rise, and reached US$84.4 billion in 2017. India faces a large trade deficit of US$51.8 billion

Owing to improving political interactions, China has been opening up newer sectors to Indian exports and investments, driving new opportunities

India’s NASSCOM launched an IT Corridor in Guiyang in May 2018, to ensure cooperation with China in the IT enabled services sector, driving new growth 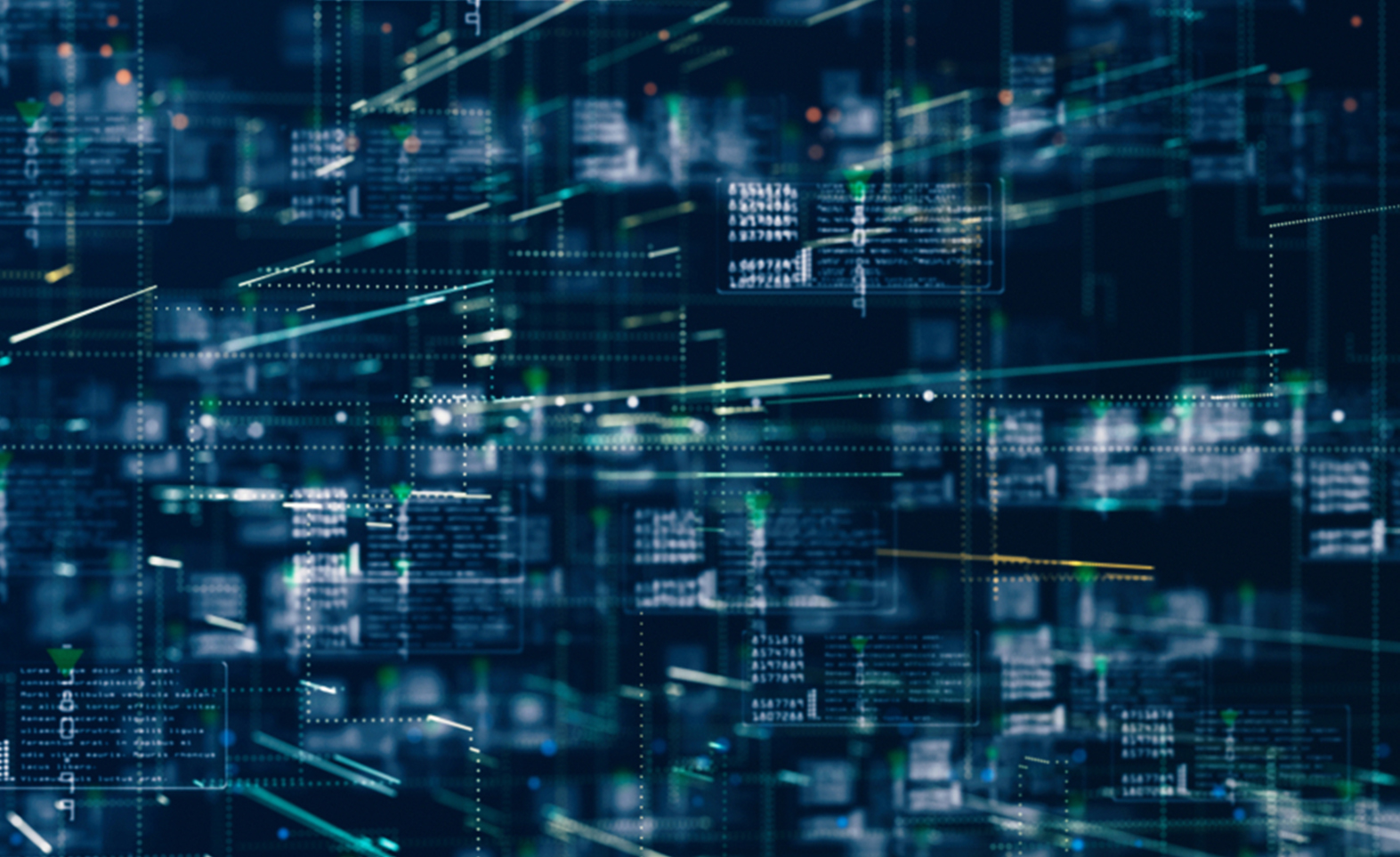 India and China, large and populous neighbours in the dynamic growth centered continent of Asia, find themselves pitted today against the global phenomena of flux and rebalancing. China, which has risen surely and steadily to become the factory of the world and the second largest economy, needs to partner closely with a rising India which has emerged as the world’s back office. However, unsettled border issues, and differences on a range of topics, primarily geopolitical, have so far constrained a deeper economic engagement. Post the Wuhan Summit in April 27-28 and the Qingdao meeting on June 9-10, both in 2018 between Indian Prime Minister Narendra Modi and Chinese President Xi Jinping, work has begun on shaping a new, structured relationship between the two countries.

Bilateral trade between India and China has seen a steady rise, and reached US$84.4 billion in 2017. India faces a large trade deficit of US$51.8 billion but demand for diamonds, copper, organic chemicals, cotton and cotton yarn as well as woven fabrics from India to China has been growing. Last year India was the second largest cotton exporter to China.  According to Chinese Ministry of commerce, Chinese investments into India reached US$4.9 billion until March last year, but there are also “indirect” Chinese investments from other countries. Indian investments in China were US$705 million. In April 2017, an e-visa has been introduced to encourage more business people from China to travel to India.

Favourable policies and market access for Indian products like pharmaceuticals, agricultural products like basmati and non-basmati rice, black tea, fruits, vegetables, castor oil, peppermint oil, rapeseed meal, coconut fiber, coffee beans, soya bean meal, pomegranate and sugar, high quality pharmaceuticals, and services like information technology which are in any case needed in the Chinese market will help ameliorate the situation of a huge trade deficit in China’s favour. Chinese officials from the agricultural produce regulatory authority have been to India to check the standards for Indian non-basmati rice. Recently, China decided to reduce import tariff on 8,500 items from India and other Asia Pacific countries under a multilateral agreement. The zero tariff on Indian soybean from 3 percent at present will help push up Indian exports.

An initial contract for exporting 15,000 tonnes of Indian sugar has been signed, and India hopes to export 2 metric tonnes of raw sugar to China annually from next year. China has reduced import duties on 28 Indian medicines including anti-cancer drugs, China has agreed to give more access to Indian drug manufacturers, and an agreement to ease clearance processes and help Indian companies find Chinese partners is on the anvil. Major imports from China into India pushing up the trade deficit are telephones for cellular networks and parts and machines for the reception, conversion and regeneration of voice; consumer electronics; computer hardware and peripherals; electronics components and instruments including photosensitive semiconductors; as well as fertilizer. It is important, therefore, that Chinese industry invests and manufactures in India instead of just exporting its products.

India would like Chinese industry to finance long term infrastructure projects and bring its cutting-edge technology to India. China had agreed to invest US$20 billion into India as part of the 5-year trade and economic development plan signed by the two countries in 2014, but very little investment has been made since then. Chinese investments have so far focused mainly on brownfield projects, transportation, fintech, ecommerce etc. According to a KPMG report, US$2 billion was invested into Indian startups by Chinese companies like Alibaba, Fosun and Baidu in 2017. Chinese venture capital funds have invested a total of US$931 million in 2018 in India till date.

Alibaba group has joined forces with a US$250 million Chinese venture capital fund – Ganesh ventures – which will deploy its entire corpus in startups over the next 3-5 years. Alibaba groups India portfolio includes domestic market leader digital payments platform Paytm and online grocery big basket. Among other key Chinese companies that have invested in Indian startups are Beijing Miteno Communication Technology (Media.net), Alibaba with Foxconn Technology and Softbank (Snapdeal), Ctrip (Make My Trip), Tencent (Hike and Practo), and Byte- Dance (Dailyhunt). As of March 2018, Xiaomi had invested in 10 startups in India. ICBC India, a leading Chinese Bank, has established a US$200 million fund for investing in promising MSMEs and ventures. In the past two years, Shunwei capital has made 16 investments across various startups amounting to US$228 million. Renewable and solar energy have been an important sector involving Chinese companies, along with real estate. Chinese companies Xiaomi, Gionee, Lenovo, and Motorola also find India an attractive destination for the domestic market and exports from India. Xiaomi and OnePlus have tied up with Taiwanese contract manufacturing firm Foxconn, which assembles for both Apple and Samsung, to make smartphones in India.

India, however, needs investments in greenfield projects, especially in manufacturing. China must look at investments in areas like railways (products can be manufactured in India and exported back to China), infrastructure, industrial parks etc. Chinese companies have shown an interest in Special Economic Zones and MOUs have been signed between Chinese investors such as Beiqi Foton motors for setting up an auto industrial park in Pune; China Development bank Corporation and China Small and medium Enterprises (Chengdu) Investment ltd for setting up a multipurpose Chinese industrial park in Gujarat; Dalian Wanda group and China Fortune land development Co ltd for development of an integrated entertainment park cum industrial township and industrial park in Haryana. Last year Sanyi heavy Industry planned an investment of US$9.8 billion in India, while Pacific Construction, China Fortune Land Development and Dalian Wanda planned investments of more than US$5 billion each. These have yet to materialize.

Midea group, a Chinese consumer appliance maker will invest US$185 million over the next five years in Pune in Maharashtra to set up a technology park. An earlier investment was made in 2012 in Bawal, Haryana which is a joint venture manufacturing facility with Carrier. Haier, another appliance maker set up a factory in Rajangaon, Pune in 2017, and television maker TCL is mulling setting up a plant. In march this year, china golden Concord Group has set up a joint venture firm with a US$930 million investment to manufacture and sell solar equipment in India.  Discussions have been held for Chinese companies to invest in areas like waste to energy, waste water treatment, desalinization, promoting reuse of tertiary treated water, and solar cell/module manufacturing in India. China can develop India to become a gateway to the world and to the emerging economies.

China heads up a list of 600 odd companies identified by Invest India in June 2018 for future investments into India. India has embarked on infrastructure led growth. Besides the Delhi Mumbai industrial corridor, India is also developing the Chennai Bangalore Mumbai corridor, Vizag-Chennai corridor, and the Bangalore – Mumbai corridor. These are new areas of growth with new urban cities and logistics as the backbone where China can work with India, especially in the strategy of taking population away from agriculture and putting it into manufacturing, and rapid urbanization based on manufacturing. Greater Chinese investments in India would induce more trade, as Chinese firms typically import extensive parts and components from the mainland or the Asia Pacific for assembling in India, and exporting assembled final products to third country markets from India.

On its part, India needs to map the products and services that China is importing from the world followed by branding and positioning those products in the Chinese market. Chinese consumers need to see, to feel and to experience these products and services through focused participation at exhibitions, and through dedicated Indian market places on e-commerce platforms that have not been fully tapped by Indian companies. Opportunities exist in the fields of food, fashion, healthcare products, beauty products, gems and jewelry, yoga related products and services, Ayurveda traditional treatments, traditional art and artifacts, carpets (silk/woven), engineering goods and services such as design and planning. India also needs to develop an investment strategy for China, especially in the services sector, but also in other engineering sectors where Indian companies have a niche: biotechnology, health care, information technology, clinical research, higher education, and soft skills development as well as consultancy in financial services, hospitality, recreation, retail, sales and marketing, advertising, branding, and online education.

The service could be designed for the Chinese market, or for other regions, while being located in China. India’s NASSCOM launched an IT Corridor in Guiyang in May this year, to ensure cooperation with China in the IT enabled services sector. Around 25,000 Indian IT professionals are currently in China providing solutions to Chinese companies. Biotechnology with a focus on Agriculture and Pharmaceuticals is a sector which Indian companies can tap into. Business opportunities exist in movie making, and distribution, post production, co-production, animation, talent exchange, visual effects, as well as promotion of tourism by filming in each other’s countries. 300,000 tourists from China visited India and 1.4 million Indian tourists visited china last year. Tourism sector needs to be promoted to attract more Chinese tourists to India by concentrating on the Yoga and Ayurvedic circuits to promote wellness. The Buddhist circuit needs to be upgraded.

The changed global economic and trade environment will compel china to look for new opportunities and India is emerging as an attractive economic partner for a mutually productive trade and economic partnership.