The Joint Business Council will help promote trade and economic development between the two nations.

Bilateral MoUs are currently being developed in the Generic Medicine sub-sector as well as the Agricultural sector.

Indo-Chilean relations are being strengthened in space exploration and renewable energy.

The alliance is timely as it will help elevate the strategic scope of recent Indo-Pacific multilateral talks. 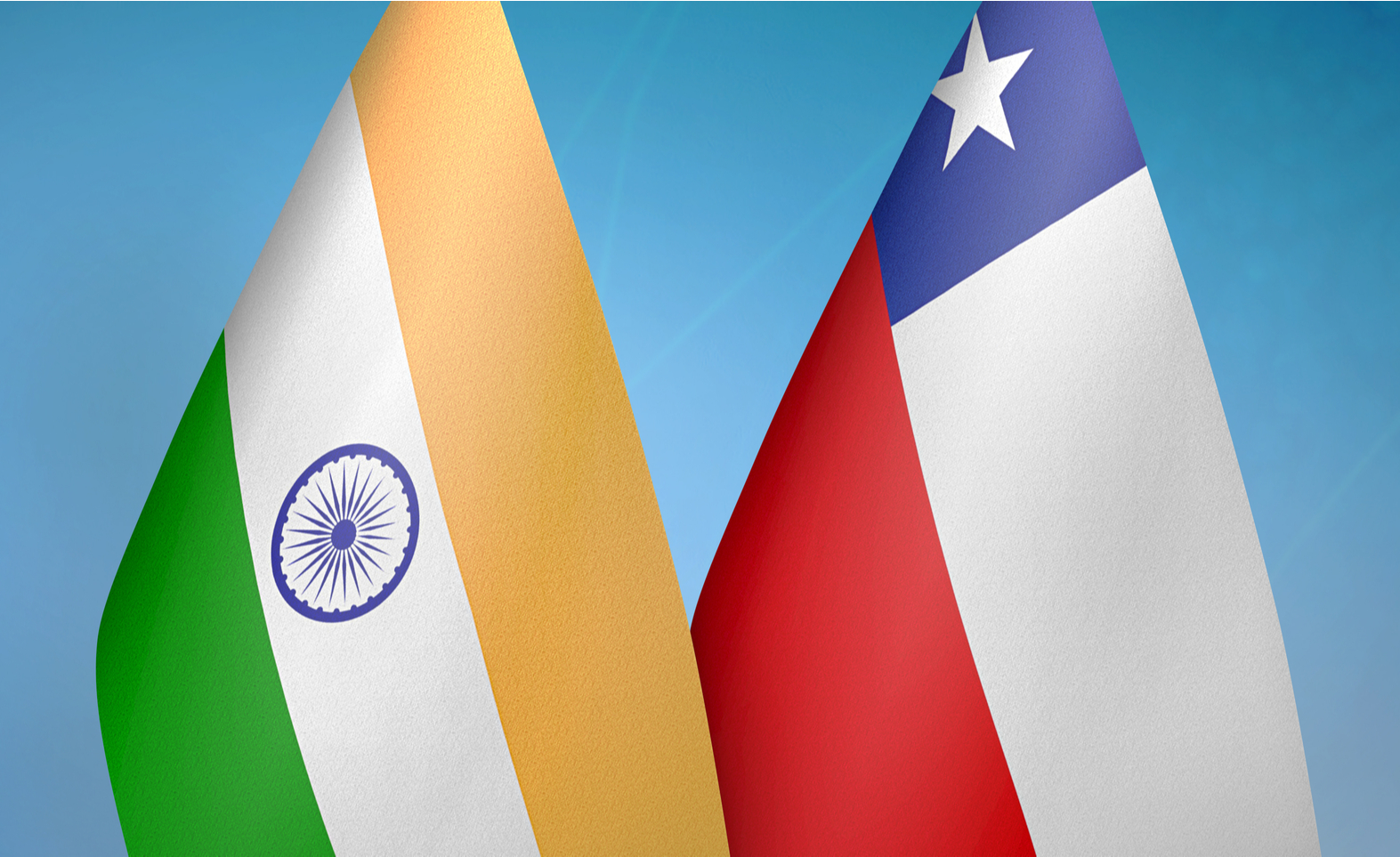 External Affairs Minister Dr S Jaishankar and the Chilean Minister of Foreign Affairs Andrés Allamand Zavala today discussed the expansion of current bilateral relations between both nations through the institution of a Joint Business Council. The initiative will also include the setting up of the Chilean Embassy in Mumbai so as to enhance trade and economic cooperation. The bilateral Preferential Agreement is also being enhanced by a working MoU for the export of generic medicines to Chile, in addition to the establishment of a mutually beneficial agricultural agreement. Ongoing talks also reflect an interest in sustaining endeavours in the domains of space exploration and renewable energy through the International Solar Alliance (ISA).

The strengthening of India’s ties with Chile is being facilitated at a strategic time during which Indo-Pacific alliances in the interest of security, trade relations, connectivity and counter-terrorism activities are being formed with several allies. Chile and several other Latin American, as well as MERCOSUR nations including Mexico and Colombia, are members of the Pacific Alliance.

India and the member nations of the Pacific Alliance

India’s engagement with the Pacific Agreement Nations chiefly comprises of trade relations with nations including Chile, Colombia, Mexico, Brazil and Peru. Gold, copper and crude oil make up for the chief commodities imported by India from the aforementioned nations. The nations enjoy great potential for growth given the stability in macroeconomic factors as well as the significantly lower rates of inflation as against the cumulative rate of inflation in Latin America. Experts at Gateway House attribute the liberal trade policies and relatively lower tariffs to be favourable factors in establishing deeper trade relations with the Pacific Agreement nations. The participation of these nations in more that 30 Free Trade Agreements (FTA) with entities including the United States of America also appear to be advantageous.

The Pacific Alliance is currently in the process of including more international allies such as Australia, Singapore, New Zealand and Canada in the interest of protecting globalisation. Energies are also being directed towards further enhancing ties between Latin American member nations and the MERCOSUR nations.

President Ram Nath Kovind invited Chilean investors to participate in the ‘Make in India’ initiative during his visit to the nation in 2019. The President also represented India’s interest in tapping into the lithium resources available in the member countries of the Pacific Alliance.

A closer look at Indo-Chile relations

Indo – Chilean relations have been concretised through MoUs and Trade Agreements in domains including Minerals, Aviation, Education, Sports and Defence. Chile has been a strong ally in India’s endeavours to secure a permanent seat in the United Nations’ Security Council. The two nations also have in common, a commitment towards the mitigation of cross-border and international terrorism.

The expanded India-Chile Preferential Agreement signed in 2019 allowed for the increase of tariff lines by 2,355 lines from the original 474 tariff lines.

As Chile has signed Free Trade Agreements with several Western, Central American and South East Asian countries, bilateral agreements with the nation remain promising.  As the fifth largest Latin American trading partner to India, Chile has untapped potential in the food processing and health foods industries. President Kovind’s visit to the nation in 2019 saw the signing of MoUs in Culture, the empowerment of individuals with disabilities and Mining. Prime Minister Modi and President Sebastian Pinera have sustained bilateral meetings twice in 2019 as well as on the sidelines of the G20 Meeting in 2018 at Buenos Aires. As of March this year, the nations have also signed a Double Taxation Avoidance Agreement.

The Future of India’s relations with the Latin American Nations

Experts at the Observer Research Foundation underscore the potential for India to take on a more robust and strategic approach towards the Latin American nations. India currently maintains isolated relationships with Chile,Argentina, Mexico, and Brazil as opposed to adopting an overarching approach towards Latin America and the Caribbean (LAC) nations.

Adopting such an approach would enable India to tap into the potential of the renewable energy, mineral extraction and food security markets in the LAC nations. Greater representation of Latin American interests in India through the establishment of embassies, shipping partnerships as well as fora for cultural exchange are crucial to elevating the current scope of multilateral relations. There is also scope to increase multilateral collaboration in the IT/ITes and Manufacturing domains in powerhouses like Chile and Mexico respectively.