India played host to the second meeting of the India-Central Dialogue recently, the first of which was conducted in 2019, in Uzbekistan.

The Second India-Central dialogue was hosted virtually by India in October 2020, to bolster bilateral relations between India and Central Asia

India extended a US$ 1 billion Line of Credit to the Central Asian countries for priority development in fields of IT, energy, healthcare etc.

Central Asia, considered the extended neighbourhood of India, is of great significance to India as the former serves as a land bridge between Asia and Europe.

Cooperation between India and Central Asian countries can expand in sectors as- inter alia, Pharmaceuticals, Healthcare, Education, and Agriculture. 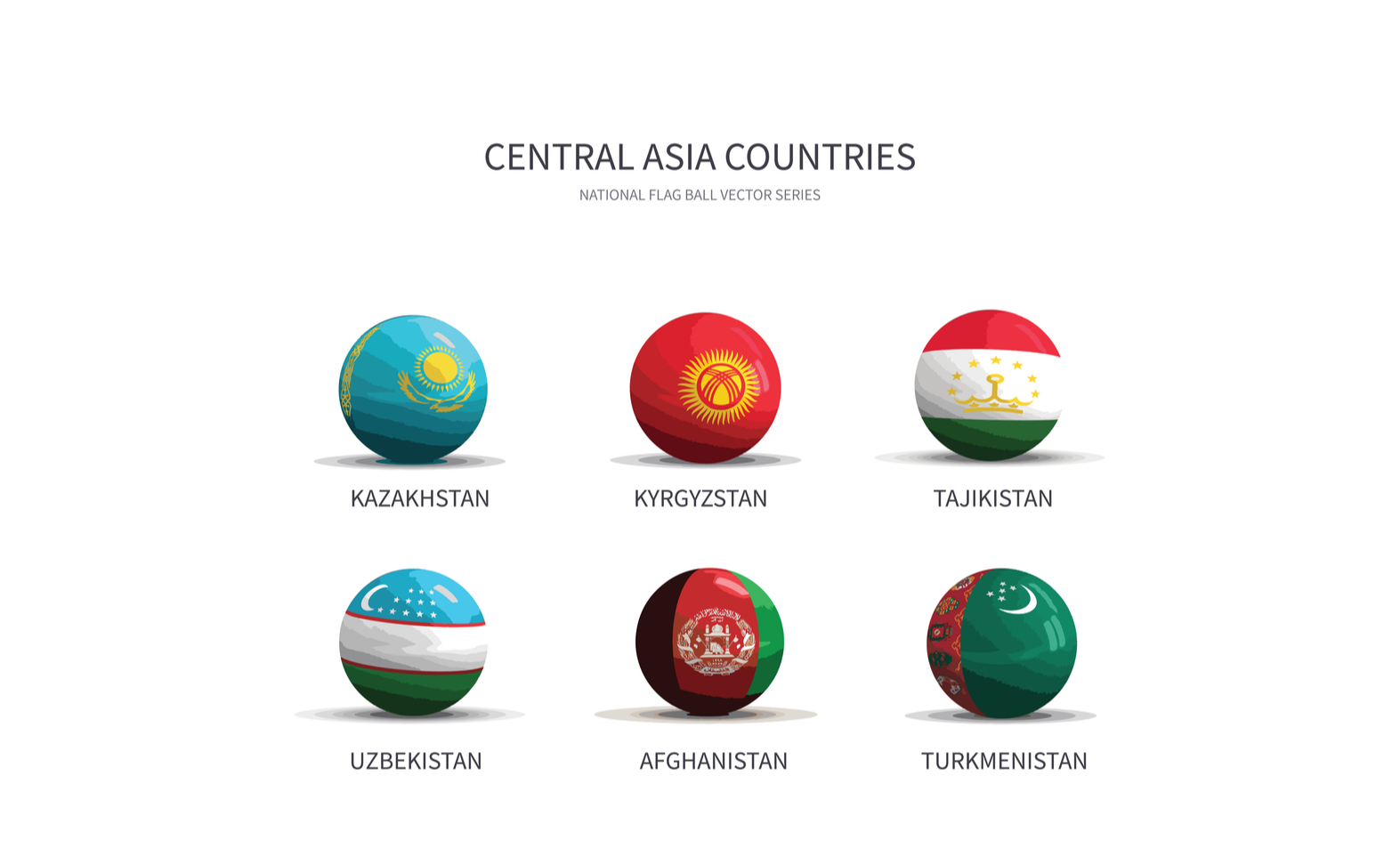 In an attempt to bolster relations with the Central Asian countries, India virtually hosted the 2nd India-Central Dialogue in October 2020. The discussions between the two sides included those on close cooperation in political and security matters. Emphasis was given on promoting connectivity and development partnerships between the two regions, as well as on rousing trade and commerce partnerships by overcoming the connectivity barrier. India is helping this region with an additional Line of Credit of US$ 1 billion for priority developmental projects in fields of connectivity, energy, IT, healthcare, education, agriculture etc. and is also providing financial assistance for implementation of High Impact Community Development Projects (HICDP) for expediting socio-economic development in the countries of the region. Collaborative efforts were made to expand trade and economic cooperation and to promote direct ties between the businesses of India and the Central Asian countries for which the India-Central Asia Business Council (ICABC) was launched.

The Story behind India-Central Asia

India and Central Asia share ancient historical and cultural linkages, going back to the 3rd century BC, where trade was rendered via the legendary Silk Route. Today, they commonly face challenges of terrorism, drug trafficking and extremism. Humanitarian, cultural, educational and tourism cooperation is encouraged between the two regions, increasing tourism and investment in tourism infrastructure.

The first ministerial level dialogues between India and Central Asia took place in 2019, wherein India proposed setting up of India-Central Asia Development Group (CADG) to take forward development partnership between India & Central Asian countries. This would include development in transit and transport potential of their countries, improving the logistics network of the region and promoting joint initiatives to create regional and international transport corridors, aimed at improving  and incentivising trade, business and investment, especially in the area of Small and Medium Enterprises. In the same context, the efforts made by India to modernise the infrastructure of the Iranian Chabahar port which could become an important link in trade and transport communications between the markets of Central and South Asia, and the development of the International North-South Corridor (INSTC) is laudable.

Significance of Central Asia to India

Central Asia is of great significance to India as the former serves as a land bridge between Asia and Europe. Considered as the extended neighbourhood of India, the security, stability, and prosperity of Central Asia is imperative for peace and economic development of India. The region is rich in resources such as petroleum, natural gas, antimony, aluminium, gold, silver, coal, and uranium which is best utilised by Indian energy requirement. People-to-people contact has been a determining feature of India’s Connect Central Asia Policy, promoting higher education in each other’s countries. Central Asia enables India to expand its footprints in the resource-rich region amid an ongoing standoff with China and to fight terror effectively, including Afghanistan.

Socio-economically speaking, the five Central Asian republics, Kazakhstan, Kyrgyz republic, Tajikistan, Turkmenistan, and Uzbekistan differ significantly, and India’s relations with each is to be fostered uniquely. Geopolitically speaking, among these five, Uzbekistan is of much importance. Under the aegis of promoting trade and investments, India and Uzbekistan co-chaired the first National Coordination Committee, which discussed issues of mutual interest like Line of Credit projects, trade and investments in October 2020, wherein the EAM emphasised on the extension of US$ 200 million Line of Credit to strengthen cooperation in the field of security, ICT, cultural exchanges, and other identified projects.

There have been other recent developments and increase in bilateral trade between India and other Central Asian countries like Kazakhstan, Turkmenistan, and others. Recently India’s defence minister Shri Rajnath Singh meth is counterparts from Tajikistan, Uzbekistan, and Kazakhstan, seeking to boost bilateral defence cooperation. These meetings were held on the side-lines of Shanghai Cooperation Organisation (SCO) summit.  India and Kyrgystan have prepared a 5-year road map and have urged business communities from both countries to explore new ventures to increase the bilateral trade.

Moving forward, the Chabahar port should be used as a port of preference to trade with Central Asia and a suitable logistics firm should be engaged to smoothen trade flow. Air corridors between Delhi, Mumbai, and Amritsar and the Central Region should be established. The bilateral relationship shall provide impetus to non-trading areas of economic cooperation such as medical tourism, medical training higher education and film making. Tie ups with various National Film Boards such as Uzbekistan Film Commission to facilitate shooting of Indian films would be beneficial.  India is working to invest in the region in the IT and education sectors. India is planning to set up a Central Asian e-network linking all 5 Central Asian states with its hub in India to provide tele-education and telemedicine connectivity.

As developing countries, India and Central Asian nations share common perspectives on opportunities and challenges. With the new dialogue in place, both sides have enough chances to leverage the opportunities to promote growth in the region.