India and Iran share ancient ties that go back many centuries. In the modern era, both nations have built on this strong foundation to expand the relationship across energy, security, trade, cultural and social verticals

President Hassan Rouhani’s visit was significant because it took place after a gap of 10 years and was in response to PM Shri Narendra Modi’s invitation, who had visited Iran, in 2016

India and Iran signed a deal regarding the leasing of Shahid Beheshti Port-Phase I of Chabahar, along with the construction of a railway line connecting the port with Central Asia 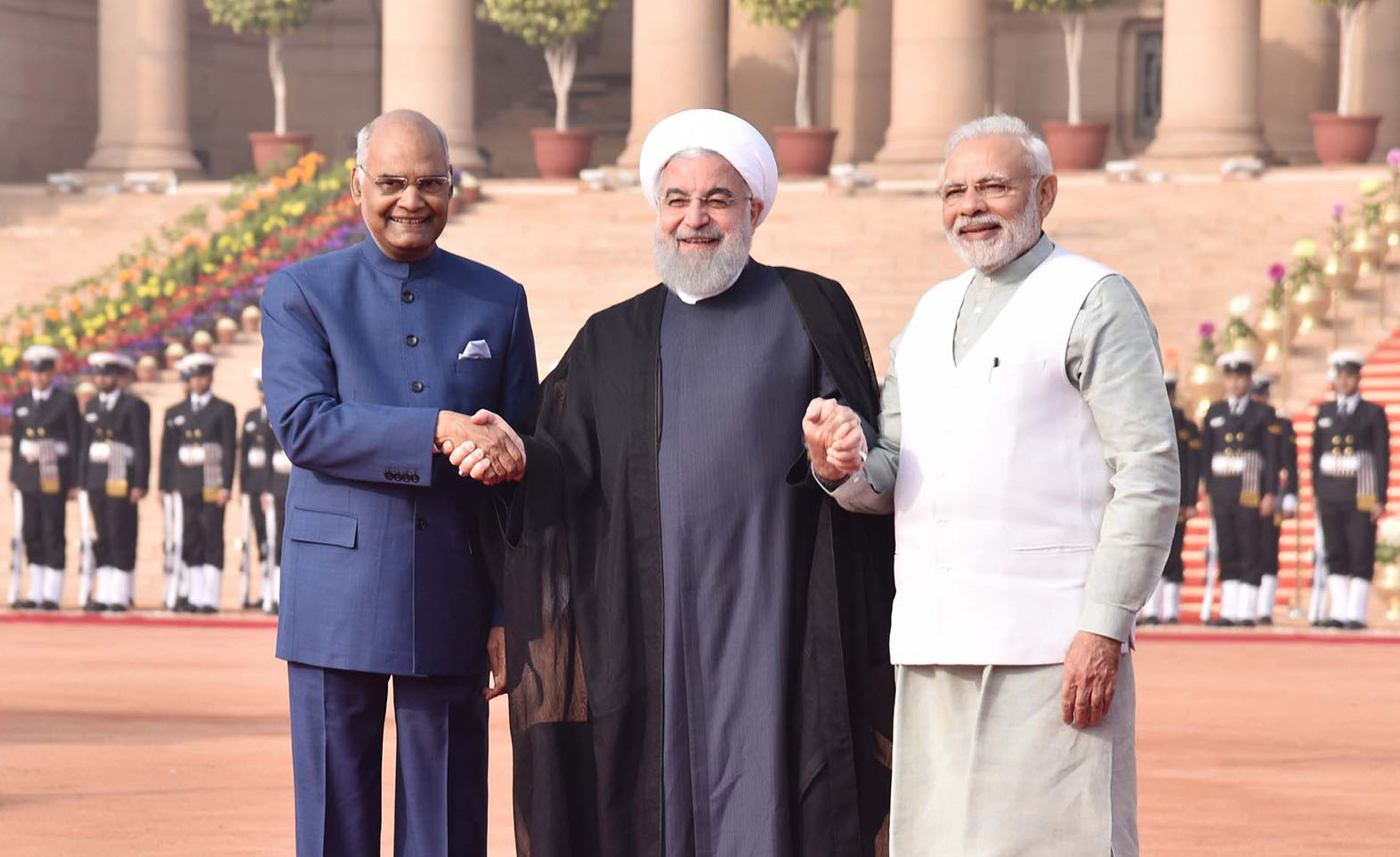 India and Iran share ancient ties that go back many centuries. In the modern era, both nations have built on this strong foundation to expand the relationship across energy, security, trade, cultural and social verticals. This relationship received a further fillip with the recent state visit by Hassan Rouhani, President of the Islamic Republic of Iran, to India on February 15-17, 2018. The visit was significant because it took place after a gap of 10 years and was in response to Prime Minister Shri Narendra Modi’s invitation, who had visited Iran, in 2016.

President Rouhani began his India trip by first visiting Hyderabad and then travelling to Delhi for the official component of the tour. He was received ceremonially by President Ram Kovind and PM Modi in the forecourt of Rashtrapati Bhavan. He then received External Affairs Minister, Sushma Swaraj, following which he had exclusive one-on-one discussions with PM Modi. The discussions covered issues of connectivity, energy, trade and investment cooperation, people-to-people exchanges, as well as combat of terrorism and other issues of mutual interest.

Important among these agreements was an MoU between Indian Ports Global Ltd (IPGL) and Port and Maritime Organisation of Iran regarding the leasing of Shahid Beheshti Port-Phase I of Chabahar to IPGL. This will allow IPGL to take over the interim operations of Chabahar Port in the coming months.

Subsequently, PM Modi also committed to support the establishment of railway line from Chabahar to Zahidan, which will then connect Chabahar Port to Afghanistan’s hinterland and other Central Asia regions. Railway infrastructure companies from both India and Iran were asked to finalise the technical parameters and financing options for the project in a time-bound manner. Both leaders encouraged greater efforts for cooperation in railway sector including supply of steel rails, turnouts and locomotives.

The Iranian delegation welcomed Indian investments in fertilisers, petrochemicals and metallurgy plants in the Chabahar free trade zone. Talks also touched upon the India-Iran energy partnership. Iran has continued to supply crude oil to India despite the onerous USA-imposed economic sanctions. Talks in Delhi focused on how both sides cab move beyond the buyer-seller relationship and drive a more comprehensive energy partnership. Iran has welcomed Indian investment in the oil and gas sector, whether upstream or downstream. Oil ministers from both the nations are expected to take the discussions forward.

Trade figured as the other important component of the talks. Apart from signing a double taxation avoidance agreement, which has been under discussion for over a decade, there was an understanding to pursue discussions for signing a preferential trade agreement as well as a bilateral investment treaty.

A significant component of the trade negotiations was terms of payment and the establishment of banking payment channel. It must be remembered that India and Iran have had a rupee-based trade arrangement in the past. Both sides also agreed to set up a joint committee to examine feasible options, including Rupee-Rial Arrangement, Asian Clearing Union mechanism to establish functional payment channels. In terms of opening banking channels and bank branches in each other’s countries, an Iranian bank’s application is already at an advanced stage.