Defence Minister Shri Rajnath Singh addressed the India-Africa Defence Ministers Conclave, held in Lucknow on the sidelines of the DefExpo 2020, on increased engagements in defence with select countries from the continent 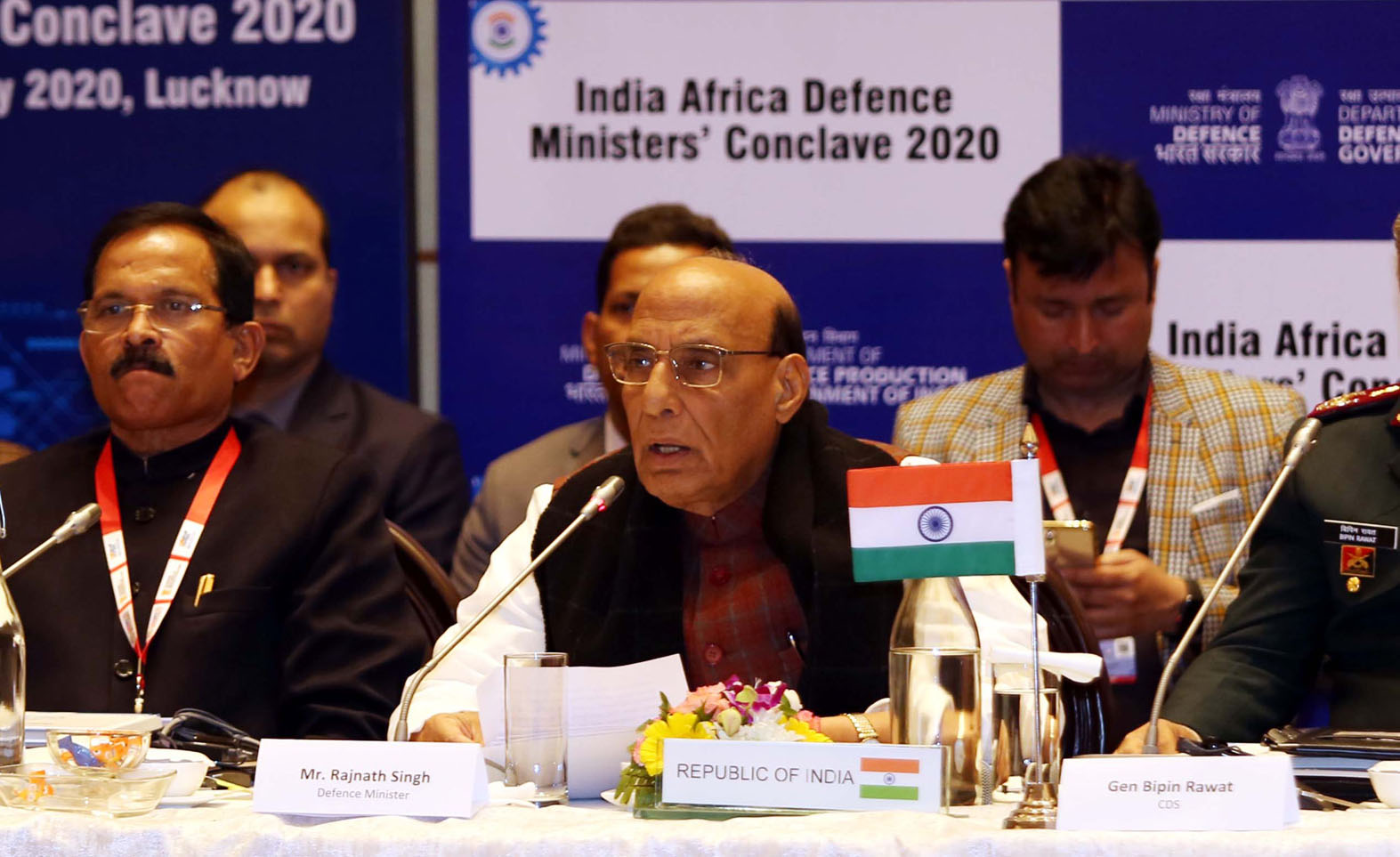 Defence Minister Shri Rajnath Singh addressed the India-Africa Defence Ministers Conclave, held in Lucknow on February 6 on the sidelines of the DefExpo 2020, on increased engagements in defence with select countries from Africa. Addressing a gathering of 12 Defence Ministers and representatives from 38 countries, Shri Rajnath Singh spoke on India’s aim to intensify and deepen defence cooperation with Africa based on mutually agreed-upon areas of priority. Through the adoption of an India-Africa Declaration on Defence Cooperation, both regions will benefit from strengthened mutual capabilities in combating terrorism, maintaining cybersecurity, and supporting the peacekeeping efforts of the United Nations (UN).

The key event highlighted the scope for further investment into defence industry cooperation through strategic joint ventures in software, digital security, research and development (R&D), and defence equipment, with specific reference to provisioning, maintenance, and availability of spare parts. Through increased public and private sector activity, India has created opportunities for enhanced R&D in defence as well as partnerships with leading global private entities in the sector. Shri Rajnath Singh also touched upon intentions to bolster the defence capabilities of partner countries in Africa by supplying aircraft, patrol vehicles, specialised armour and equipment, and arms and ammunition.

In addition, defence cooperation between the two regions will improve the potential for knowledge transfer and training, allowing India to better guide partner nations on the implementation of initiatives such as Innovations for Defence Excellence (iDEX) and Make In India (Make-II), addressing the various defence needs and requirements of African countries. With reference to maritime security in the Indo-Pacific region, the Government India’s focus on ensuring Security and Growth for all in the Region (SAGAR) will mutually benefit both India and Africa. In order to develop the blue economy of the region, the cooperation will successfully address issues of piracy, illegal fishing, and the trafficking of drugs, arms, and humans, through valuable capacity building, surveillance, and the share of information.