In India, women constitute only 18.6 per cent of the population working or looking for work. As per the Census 2011, India is home to 149.8 million women workers, of which 121.8 million are in rural areas.

In 2001, HUL launched its Project Shakti, that seeks to empower underprivileged rural women.

She earns a sustainable income of about $10 - $14 per month, which is double their average household income. 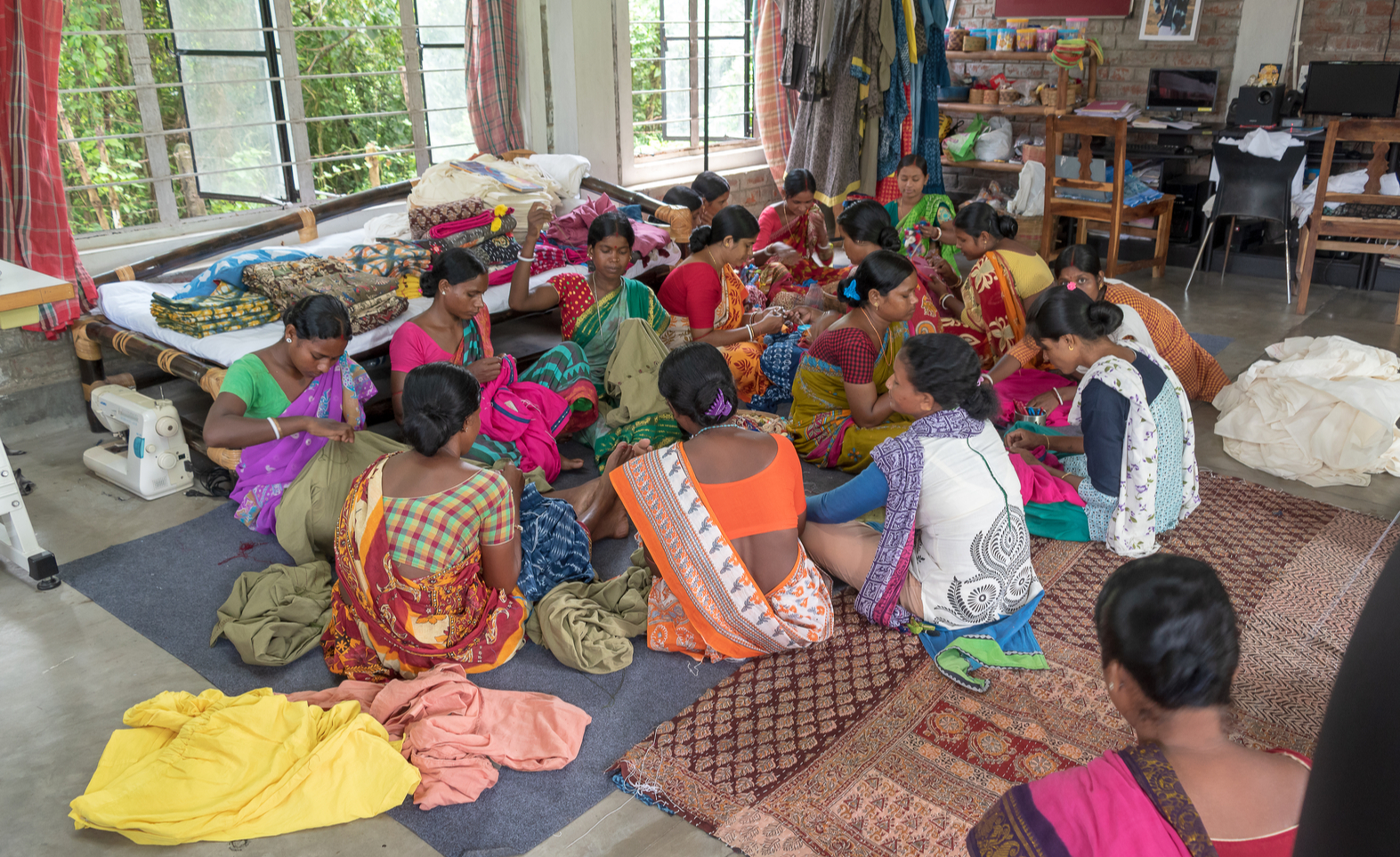 In India, women constitute only 18.6 per cent of the population working or looking for work. As per the Census 2011, India is home to 149.8 million women workers, of which 121.8 million are in rural areas. The Census numbers also show a higher rate of migration of women for employment and business from rural to urban areas, growing from 47 percent in 2001 to 58 percent in 2011.

HUL established the Integrated Rural Development Programme in the Etah district of Uttar Pradesh, which today covers about 500 villages in the district. In addition, HUL’s factory-centered activities which included the establishment of factories in less-developed regions of the country have proven to be effective. The company has also focused on training farmers, animal husbandry, generating alternative income, health & hygiene and infrastructure development.

In 2001, HUL launched its Project Shakti, that seeks to empower underprivileged rural women. This initiative targets small villages with population of 2000 people or less. Shakti is organised in Self-Help Groups (SHGs) and is focused on improving living standards in rural India. The project equips and trains rural women, enabling them to become an extended arm of the company’s operation, which in turn, this helps the women generate critically needed additional income for their families.

These women entrepreneurs, called Shakti Ammas, are trained on basic principles of distribution management and familiarisation with the company’s products. HUL’s team of

Rural Sales Promoters (RSPs) coaches these women Shakti entrepreneurs by familiarising them with the product range in order to manage their businesses better. They also train them on the basics of sales and troubleshooting and help them enhance their soft skills in areas such as negotiation and communication.

Under the Project, there is the Shakti Vani programme, which is a social communication programme. Women trained in health and hygiene issues address village communities through meetings at schools, village baithaks, SHG meetings and other social forums.

Shakti Ammas, are trained on basic principles of distribution management and familiarisation with the company’s products.

Similarly, iShakti, is an Internet-based rural information service that creates access to relevant information through the iShakti community portal. It was launched in the Nalgonda district of Andhra Pradesh in 50 villages in the year 2000 in association with the Andhra Pradesh Government’s Internet Village Programme. The service is now available in Nalgonda, Vishakapatnam, West Godavari and East Godavari districts. The iShakti programme provides information and services to meet rural needs in medical health and hygiene, agriculture, animal husbandry, education, vocational training and employment and women’s empowerment. It has since been extended to in Andhra Pradesh, Bihar, Chattisgarh, Gujarat, Haryana, Jharkhand, Karnataka, Madhya Pradesh, Maharashtra, Orissa, Punjab,  Rajasthan, Tamilnadu, Uttar Pradesh and West Bengal with the total strength of over 40,000 Shakti entrepreneurs.

The other activities under this initiative include improving business skills of SHG women through extensive training programmes. Also, workshops covering a large number of Shakti entrepreneurs have been held in Andhra Pradesh, Karnataka, Gujarat, Madhya Pradesh, Uttar Pradesh, Tamilnadu, Chattisgarh and Orissa. All HUL Management Trainees spend about 4 weeks with NGOs or SHGs in rural areas as part of Project Shakti. They undertake assignments such as business process consulting for nascent enterprises engaged in the manufacture of products such as spices and hosiery items.

Project Shakti has nearly 120,000 thousand women micro-entrepreneurs across 18 states. It now covers half the villages in rural India, with the network doubling over the last four years.

By enabling the average Shakti entrepreneur to earn a sustainable income of about $10 – $14 per month, which is double their average household income, the Project has helped improve the overall standard of living in their families. It has also created opportunities for rural women to improve their living conditions with dignity.

During the pandemic, the Shakti network played the role of being a crucial part of its distribution channel. Thanks to the efforts put in by these women entrepreneurs, HUL was able to dramatically extend the physical reach of its products to rural households. In several instances, the Shakti entrepreneurs travelled to distributors to pick up stocks, which they subsequently distributed to the households in their vicinity. This played a big role in enabling HUL to make products available to the most vulnerable sections of society. This helped them cater effectively to the rural demand despite adverse conditions.

While HUL envisioned Shakti has a CSR activity, it is now contributing to the company’s mainstream business.