Accelerators and incubators are helping startups dream big. Government of India too is promoting startups through high-powered initiatives such as Startup India as well as provision of tax incentives and other sops to nurture innovation

Microsoft ScaleUp focuses on business-to-business startups and helps them accelerate business growth through mentorship, by leveraging the Microsoft Partner Network 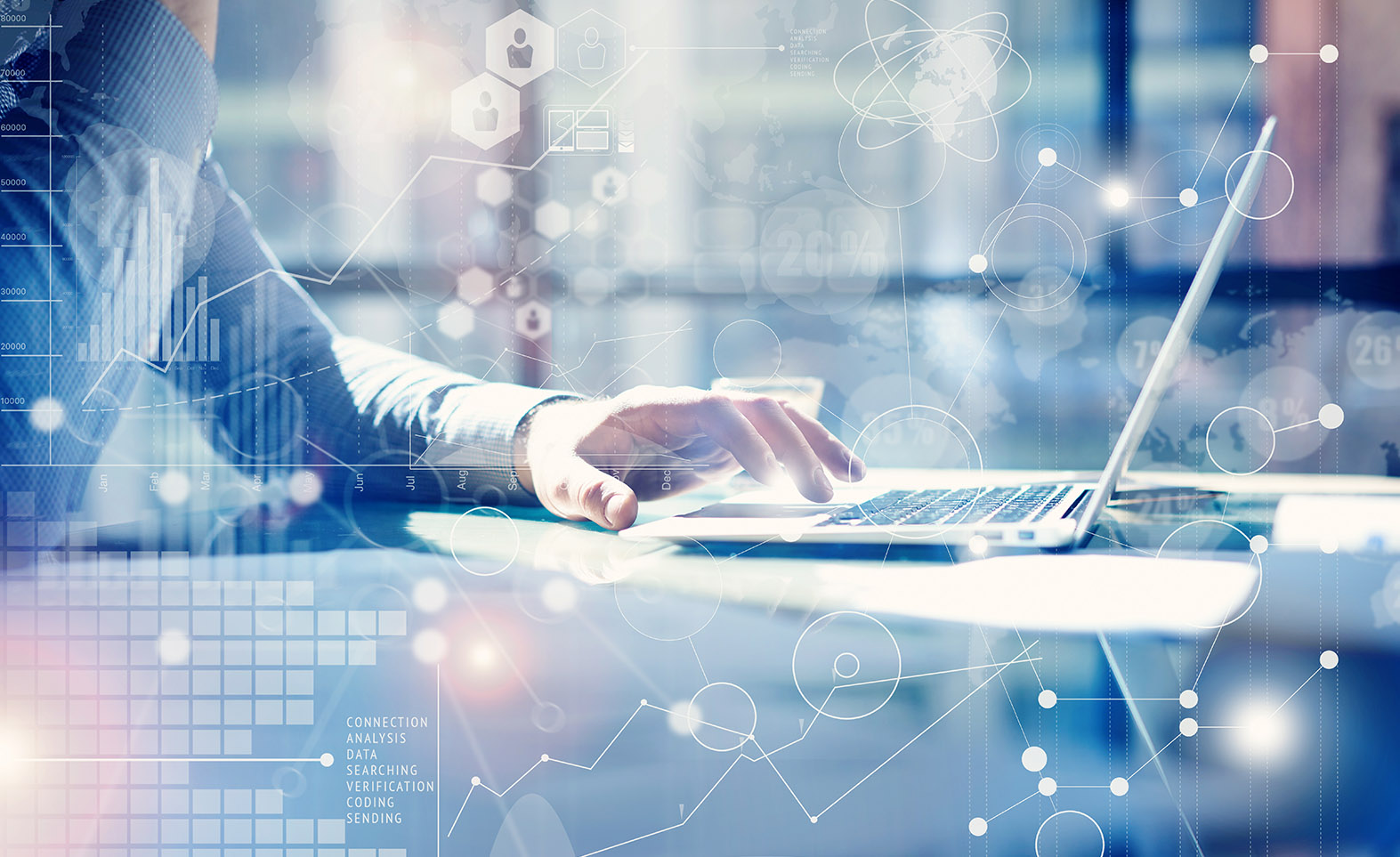 In December 2018, Google India had invited technology startups to participate in the 2nd edition of its three-month mentorship programme that is scheduled to commence in March 2019. To qualify for the programme, these tech startups had to use Artificial Intelligence (AI) and Machine Learning (ML) to solve India’s challenges, and they should have preferably raised seed funding and have a viable product with real users. This initiative known as ‘Launchpad Accelerator India’ programme is part of the tech giant’s efforts to help Indian startups to build, scale and grow their innovation. Google has this programme running in other countries as well.

Google’s India startup accelerator programme, based out of Bengaluru, India’s tech capital, starts with a two-week intensive mentorship boot-camp followed by customised support. Startups will get mentorship from Google’s leadership team, equity free support and Google cloud credits worth up to US$100,000. During the first round of mentoring in September 2018, the 10 participants from India included startups from diverse sectors such as Wysa, an AI-based chat therapy for mental health; GenRobotics, which uses robots for manual scavenging; and CareNX Innovations, a smartphone enabled fetal heart monitor for early detection of fetal asphyxia.

Besides Google India, a slew of international enterprises, including multinationals such as SAP, Cisco Systems, IBM, Facebook and Microsoft are today hosting incubator/accelerator programmes across India. They help startups to fine-tune their products, give key lessons on building scale, how to raise funds and create an organisation. Meanwhile, they share their advanced technology and expertise with these fledgling companies. For example, German software maker SAP’s initiative, SAP Startup Studio, founded in 2016, offers technology mentoring on SAP technologies, co-innovation and market access through its customer ecosystem in India.

Open to early stage startups, the differentiator in this 12-month programme is that SAP Labs helps startups to work with a suitable SAP product. A similar programme is run by networking giant Cisco, called Cisco Launchpad. It is open to mid-to-late stage technology enabled startups and is largely concentrated on the core technology areas of Cisco. The programme provides co-working spaces, workshops, speaker sessions, mentorship and investor/industry connects. Cisco LaunchPad brings together Cisco technologies, startups, and the partner community to support co-development of business relevant end-to-end digital solutions.

There is also Microsoft ScaleUp, which focuses on business-to-business startups and helps them accelerate their business growth through mentorship, by leveraging the Microsoft Partner Network to scale their business models and serve enterprise clients. In Microsoft’s 12th Cohort, launched in April 2018, Karo Sambhav, an e-waste management company, and eGovernments Foundation, which offers smart solutions for urban governance challenges are few Indian companies that were part of Microsoft’s accelerator programme. Microsoft ScaleUp, previously Microsoft Accelerator, had selected 12 startups to be part of its new 12th cohort.

Meanwhile, Dassault Systemes, a subsidiary of Dassault Aviation’s Global Entrepreneur Programme flagged off in October 2018, has been assisting Indian startups by leveraging Dassault Systemes 3D experience platform, applications, online services, mentors and industry professionals. 65 Indian startups have signed up for the programme. The aircraft manufacturer expects over 50 per cent of these startups to continue using SOLIDWORKS, Dassault’s 3D design software unit, and turn into customers, according to a report by the Indo French Chamber of Commerce and Industry, citing Gian Paolo Bassi, chief of, SOLIDWORKS.

Accelerators and incubators are helping startups dream big. Government of India too is promoting startups through high-powered initiatives such as Startup India as well as provision of tax incentives and other sops to nurture innovation. Hence, India has retained its position as the 3rd largest startup ecosystem in the world, according to a NASSCOM. The estimated number of startups is 7,500-7,700, with the base growing at 12-15 per cent over last year. There are currently more than 210 active accelerators and incubators with 35 plus corporate that have been set up over the last three years.

Over January to September 2018, startups received US$4.3 billion funding, which represents an annual growth of 100 per cent.As the Indian startup ecosystem continues to evolve, these incubators will play an important role in their growth through mentorship. Actually, both sides will benefit – on one side, startups will get access to capital, knowledge, ideas, technical support, and new customers, on the other hand, established organisations can access the latest know-how in innovative research and technology, seek creative solutions to challenges and convert startups into potential customers.

Meanwhile, it is not just IT companies who are hand-holding startups. Zurich-headquartered US$30 billion Swiss Reinsurance Group, a global provider of reinsurance services, runs a 20-week intensive programme called Swiss Re InsurTech. They mentor and help curate startups with the potential of “disrupting insurance practices”, while startups get a strong idea of the insurance industry dynamics, regulatory environments and data protection challenges. In 2016, Swiss Re cherry-picked six Indian start-ups such as Niki.ai, Arya.ai, Datasigns, eKIncare, GOQii and Touchkin from 80 global applicants.

Under the programme, these companies were given US$15,000 each in grant money and real cases to resolve, founders were mentored and their business models were validated. A demo day was organised for the six selected startups to pitch their ideas to investors, including Ideaspring Capital, Norwest Venture Partners, Matrix Partners and LeapFrog Investments in the presence of senior leaders of Swiss RE. These entities believe that their rich experience combined with innovative technological solutions from the startups can help resolve critical challenges in the current system.

Targeting global health startups who have received Series A funding, start-ups joining five.eight will have access to Innovation Network programming and resources and connectivity to other GE global innovation centres in Helsinki, Cardiff, Istanbul, Calgary, Johannesburg, and Dubai among others. The first Indian startup ventures that has signed on to join GE Healthcare’s five.eight is Tricog, a Bengaluru-based startup focused on improving survival rates of heart attacks by decreasing average time between symptoms and treatment.

Many international enterprises have also been taking the route of partnering with local accelerators to help startups. Take the case of Mistletoe, a Japanese investment firm founded by entrepreneur Taizo Son, that has teamed up with an Indian firm, GSF Accelerator and Infobridge, an Indo-Japanese consulting company to launch a new accelerator programme – Gastrotope – to support food and agri-tech startups. This programme aims to help companies in the industry to improve technology, methods, share and solve problems.

In 2018, Gastrotope started their first farm-to-fork accelerator programme called Fortissimo in association with the Andhra Pradesh government. Open to 10 farm-to-fork startups in agri, food and aqua tech, participants in this three-month programme will be provided with over US$70,250 each, mentorship and network facilities. In line with the concerted efforts of the incubators/accelerators in India, Mr Son told Mint, an indian business daily, that he believed in backing early stage startups that have the potential to become the next big thing.