On his maiden trip to India as the President, Frank-Walter Steinmeier was accompanied by a CEO delegation and a team of regional experts

Bilateral relations between the countries span across technological innovations, strategic investments and cooperation in academia and culture 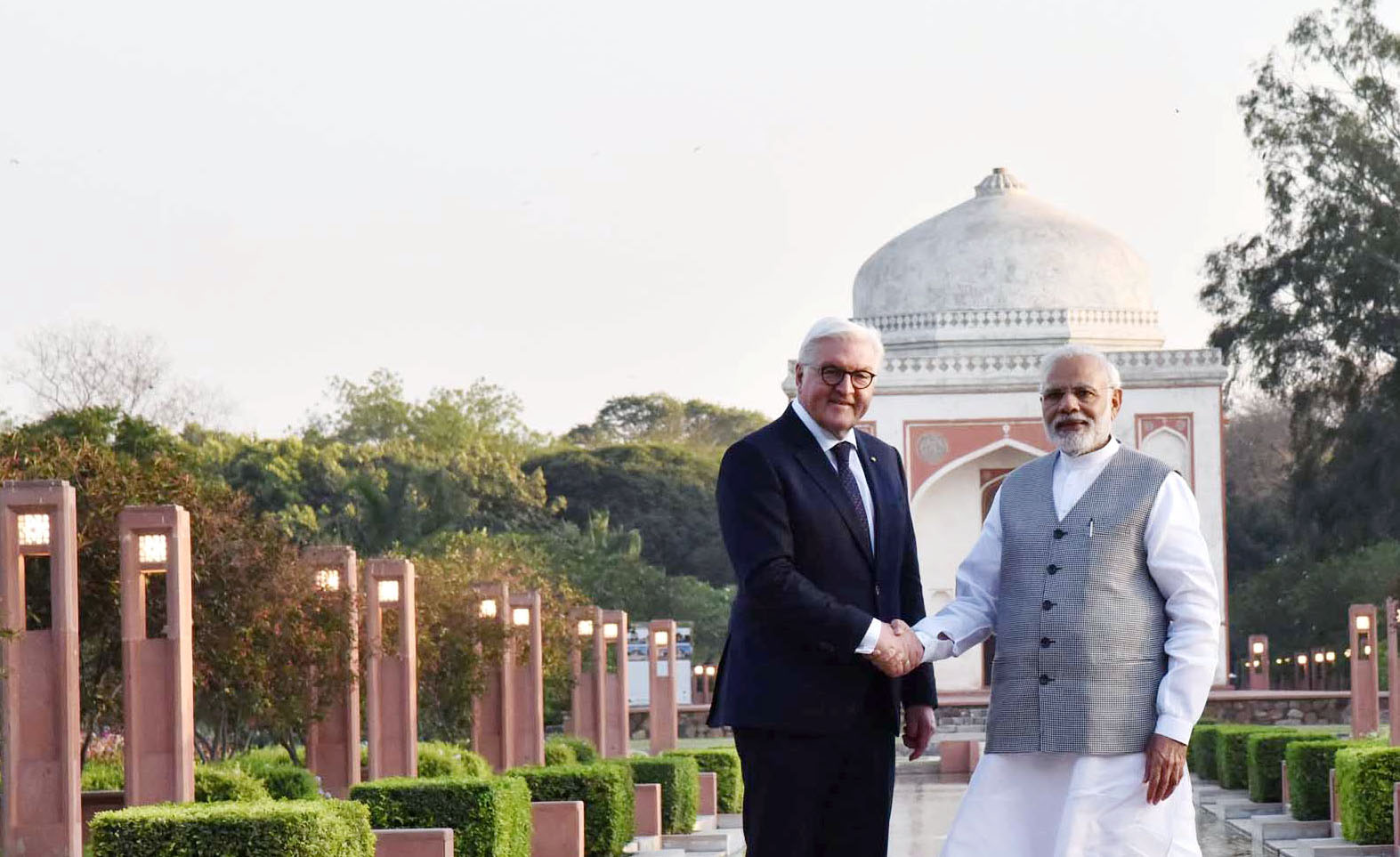 The visit of the German President to India over March 22-26 has cemented bilateral ties between the countries covering the fields of trade to cultural relations. On his maiden trip to India as the President, Frank-Walter Steinmeier was accompanied by a CEO delegation and a team of regional experts. The President visited New Delhi, Varanasi and Chennai during his stay. This visit was significant as the President’s first after a new German Government was sworn in on March 14, 2018. During his stay, President Steinmeier interacted with the students of Delhi University, and also visited a German auto plant in Chennai among other interactions. The visit included wide-ranging talks with the Indian leadership, including Prime Minister Narendra Modi, Vice President M Venkaiah Naidu and President Ram Nath Kovind. The talks were focused on broadening and deepening strategic partnership.

Bilateral relations between the countries span across technological and industrial innovations, strategic trade and investments as well cooperation in the fields of academia and culture. India-Germany economic cooperation has been robust, with bilateral trade recorded at US$18.8 billion during financial year 2016-17. Germany is India’s largest trading partner in Europe and the 6th largest trading partner in the world. India’s current priorities in most areas match with German expertise, such as renewable energy, skills development, smart city, water and waste management, cleaning of rivers, railways, among others. These could be synergised for tangible, result-oriented outcomes. Germany is also the seventh largest foreign direct investor in India with cumulative FDI over April 2000 to December 2017 recorded at US$10.7 billion or 2.91% of total FDI. This is touted to grow considerably in coming years.

Education is one of the most prominent fields of cooperation between India and Germany. There were more than 15,000 Indian Students in Germany and around 800 German students were doing their internship or studying in India last year. Meanwhile, the number of Indian ationals in Germany is 108,000 and the number of persons of Indian origin in Germany is about 73,000, mainly comprising of technocrats, small businessmen/traders and nurses.

India and Germany share deep cultural, diplomatic and business relations, both bilaterally as well as in the global context. After having established a Strategic Partnership in 2001, successive Governments on the two sides have endeavoured to broaden and deepen this relationship. This has been further strengthened through a biennial summit level Inter-Governmental Consultations (IGC), which Germany has only with select countries. The 4th IGC was held in Berlin on May 30, 2017 wherein 12 cooperation documents in various sectors were signed. The last German President to visit India was Joachim Gauck in February 2014. Meanwhile, Mr Steinmeier has visited India several times in his former capacity as the Foreign Minister and Vice Chancellor of Germany – in 2015 accompanying Chancellor Merkel to attend the 3rd Intergovernmental Consultations, in September 2014 and in November 2008.