Russia has supported India in achieving many space milestones, and the robust partnership continues to thrive with India’s forthcoming manned mission to orbit

Under a bilateral agreement, Russia will set up a ground base station in India to receive communications signals of GLONASS 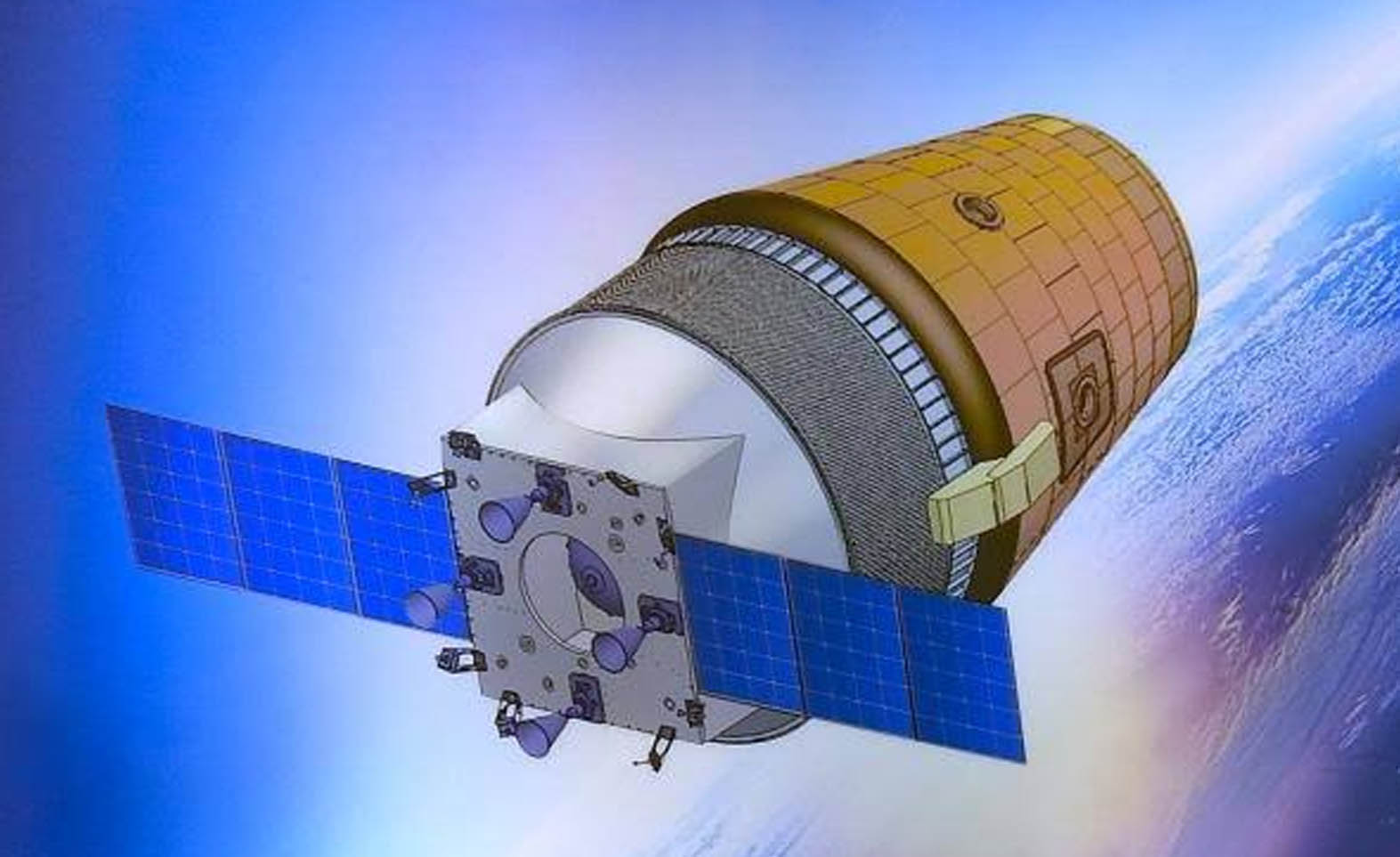 “Our (India and Russia) long association in space is touching new heights.”

–India’s Prime Minister Narendra Modi at a joint press meet with the President of the Russian Federation, Vladimir Putin at Vladivostok in September 2019

India and Russia share a long-standing collaboration in the space sector. Russia has supported India in achieving many milestones in this sector, be it launching India’s first satellite, Aryabhata into space or enabling the first Indian to reach orbit. They have a long history of actively helping the Indian space program with technical expertise and logistic support. Therefore, it is not surprising that Russia has committed to help India in its mission to send a manned spacecraft to orbit.

Most recently, the Indo-Russian time-tested partnership came to the fore when K Sivan, the chairman of India’s premier space agency, the Indian Space Research Organisation (ISRO) declared that four Indian astronauts chosen for the country’s prestigious, manned space mission Gaganyaan, will be sent in January to Russia for a period of 11 months to undergo intensive training.

Russia will not just train Indian astronauts but will build life support systems in the crew capsule and support India’s critical US$1.4 billion maiden human space flight program in other areas as well. The fourth country in the world to launch a human space mission, India is aiming to send three astronauts to space for seven days in an indigenously-built, 3.7 tonnes crew spacecraft Gaganyaan in 2022.

To firm up the engagement between the two countries on the Gaganyaan mission, an MoU was signed between ISRO and ROSCOSMOS, the state space corporation of Russia, on Joint Activities for the Human Spaceflight Program during the 19th Bilateral Summit in 2018. The MoU states that the two sides will join hands to develop technologies and advanced systems required for the human space flight mission like radiation shielding, life-support systems, crew module, rendezvous and docking systems, spacesuit, training for astronauts, etc.

Since then, ISRO and ROSCOSMOS have been involved in working together to identify key areas of cooperation. According to the website of Glavkosmos, a subsidiary of ROSCOSMOS and a Russian launch service provider, the company has signed a contract with ISRO, to provide consulting support to select Indian astronauts, to assist with their medical examinations and prepare them with space flight related training.

Also, ISRO has set up a Technical Liaison Unit (ITLU) at Moscow, Russia to enable effective technical collaboration and facilitate timely interventions with space agencies and industries in Russia for the Gaganyaan project.

Space has been one of the key pillars of cooperation between the two countries. India-Russia cooperation in outer space dates back to 1975 since Russia (then the Soviet Union) was responsible for launching India’s first unmanned satellite, Aryabhata and kick-starting the country’s satellite program. Aryabhata, named after the famous Indian astronomer, was completely designed and fabricated in Bengaluru in India by ISRO scientists and launched by a Soviet Kosmos-3M rocket from Kapustin Yar.

It was a turning point in India’s space program and since then India has launched 270 satellites from 32 countries deploying its ‘workhorse’ satellite launcher, the Polar Satellite Launch Vehicle (PSLV) and is even emerging as a leader in launching satellites of other nations.

Again, on March 17, 1988, the Russian vehicle Vostok carried the first of the series of the indigenously-built remote sensing satellite, IRS-1A, which monitors agriculture, coastal management, and forests. This was successfully launched into a polar sun-synchronous orbit from the Soviet cosmodrome at Baikonur, says the ISRO website.

Over the years, India and Russia have signed a string of agreements to strengthen their cooperation for the peaceful use of outer space. They are collaborating in satellite launches, a GLONASS navigation system, remote sensing and other societal applications of outer space affirm a brief on India-Russia relations on the Ministry of External Affairs (MEA) website.

Today, India’s space program has come a long way from its modest beginnings in 1969. It has grown steadily achieving significant milestones. Even as India is planning a second launch port, exclusively for the Small Satellite Launch Vehicle (SSLV), ISRO is known for providing efficient and low-cost access to space. But even as India embarks on its manned space mission to orbit, the first-ever Indian to set foot on-orbit had traveled on a Soviet Union spacecraft.

On April 2, 1984, through a Russia-India joint space mission, Rakesh Sharma, a former Indian airforce pilot flew aboard the Russian rocket Soyuz T-11, along with two other cosmonauts from the Baikonur Cosmodrome to space, creating history for India. He spent eight days aboard the Russian Salyut 7 orbital space station and worked on experiments related to science and space travel. According to media interviews by Rakesh Sharma, he was trained in a high-security, cosmonaut training facility on the outskirts of Moscow and underwent a controlled diet and strenuous physical training for endurance, speed, strength, and adaptability.

India and Russia have also collaborated on YouthSat launched in 2011 from Sriharikota. It is a dedicated satellite for university students that was built using the Indian Mini Satellite-1 bus, with the scientific purpose of a better understanding of Earth’s surface and experimentation of energy in the earth’s crust.

Today, Russia and India’s space partnership extends to future technologies as well. The two sides have signed multiple agreements to facilitate India’s access to high-precision signals from Russia’s GLONASS or global navigation satellite system. GLONASS is the Russian equivalent of the US Global Positioning System and is designed for both military and civilian use.

Following an agreement signed in October 2016, Russia will set up a ground base station in India (in Bengaluru) to receive communications signals of GLONASS. Similarly, ISRO will be allowed to set up India’s version of satellite aided navigation — Indian Regional Navigation Satellite System (now called NavIC) ground stations in Russia. This will boost India’s NavIC system and enhance the accuracy of both its satellite navigation signals.

India’s rapidly growing capabilities in outer space are being acknowledged around the world and Russia sees India as an ally in promoting the peaceful use of space, say foreign policy experts. In September 2019, during PM Narendra Modi’s visit to Vladivostok, both sides agreed to exploit their combined potential and develop launch vehicles, construct and utilise spacecraft for different applications, join hands for research and planetary exploration.

Both sides also expressed their desire to strengthen cooperation within the UN Committee on the Peaceful Uses of Outer Space (UN COPUS), including guaranteeing the long-term sustainability of outer space activities and develop the “Space 2030” agenda. Russia has also said that it would like to see India participate in the International Space Station (ISS), a space station in low earth orbit managed by five international space agencies.

Today, Russia and India harbour similar ambitions to journey deeper into space and both recognise they can forge a robust partnership to explore and unearth the endless possibilities of outer space.