From Tata to Tesla, how India can be a global hub for electric vehicles

India can become a major EV player within the next decade with the right incentives and policy framework.

Intro: India can become a major EV player within the next decade with the right incentives and policy framework.

Tesla, one of the global leaders in electric vehicles, is looking at a plant location in Karnataka.

India presents an investment opportunity of US$177 billion for OEMs in electric vehicle production.

Phase-II of FAME scheme with an outlay of US$ 1.34bn for 3 years subsidises EV purchases. 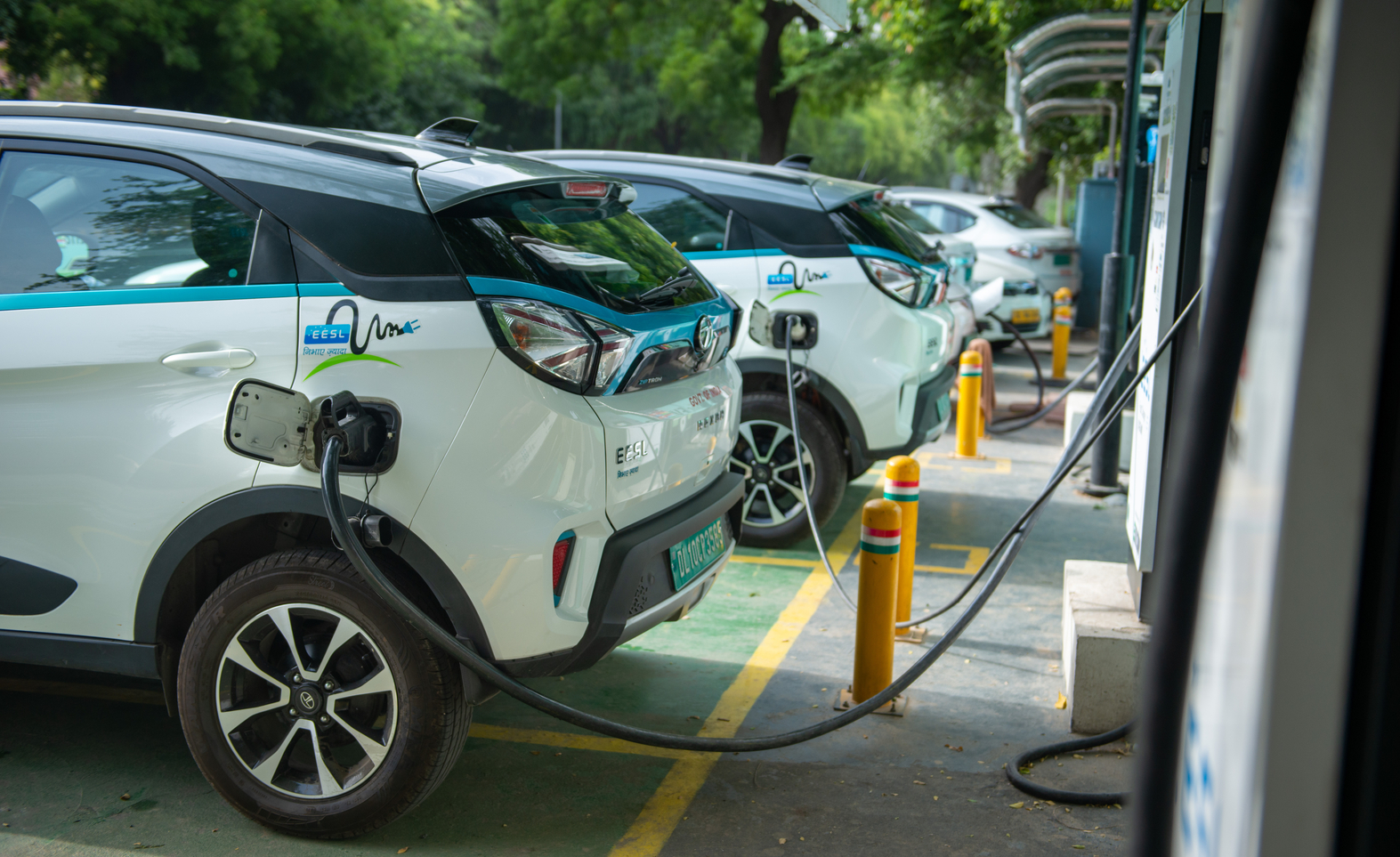 Home » News » From Tata to Tesla, how India can be a global hub for electric vehicles

Cab-hailing major Ola unveiled its electric scooters last week. Its popularity can be gauged from the fact that the company received 1 lakh bookings within 24 hours of the launch. All these vehicles will be made at the company new plant in Tamil Nadu. From 1 million vehicles initially, Ola plans to ramp up its capacity tenfold.

Ola is not the only company bullish on electric vehicle (EV) manufacturing in India. US-based Tesla, one of the global leaders in electric vehicles, is also said to have zeroed in land to set up a plant in India. Tata Motors already sells an EV variant of its highly successful Nexon car while SUV maker Mahindra & Mahindra and a bunch of two-wheeler makers such as Hero Electric and Ather Energy also offer EVs. Maruti Suzuki, the country’s biggest carmaker, is also working on a plan to develop electric vehicles.

These efforts are in line with India’s 2030 vision of e-mobility, which envisages that 70% of all commercial cars, 30% of private cars, 40% of buses, and 80% of two-wheeler and three-wheeler should be electric. This translates into 102 million EVs and present an investment opportunity of US$177 billion for original equipment manufacturers (OEMs) in vehicle production, according to a report by the Centre for Energy Finance (CEF).

The CEF report also mentions a US$2.9-billion opportunity for the deployment of charging infrastructure, US$12.3 billion in battery manufacturing and US$206 billion revenue opportunity from end-consumers.

According to another report by Avendus Capital, the electric vehicle market is likely to be a US$ 6.72bn opportunity in India by 2025 itself. The bulk of this opportunity will come from two-wheelers.

The government, too, is doing its bit. Road Transport and Highways Minister Shri Nitin Gadkari had said in April that India is moving ahead towards making electric vehicles. “In due course of time, we will be the number one electric vehicle maker in the world. All reputed brands are present in India,” he said, according to multiple media reports.

“Both battery electric vehicle and fuel-cell vehicle technologies are complimentary to each other and are all set to overtake fossil-run automotive by 2050. Indigenous battery technology, localisation of components and huge domestic demand would make EVs the most affordable means of transport in coming years,” Shri Gadkari said.

While less than 0.5% of Indian car sales in 2019 were electric, the level of stock here is not the right indicator to judge the country’s readiness or interest, says the International Institute of Sustainable Development (IISD).

The Centre and state governments have adopted several encouraging policies since the start of the COVID-19 pandemic, the IISD highlighted. Nationally, for example, the government has incentivized the deployment of e-buses and charging stations.

At the state level, Telangana has exempted the first 200,000 two-wheeler EVs from road tax and registration fees. Gujarat will offer government subsidies for students purchasing two-wheeler EVs, and rickshaw drivers and self-employed people buying electric three-wheeler. In 2020, Delhi launched a progressive EV policy including purchase incentives based on battery range and category.

This will help India grab a piece of US$300 billion that was earmarked for electric vehicle investment in the next five to 10 years by major automakers, the IISD said. It also said that India has started adopting policies to help attract such investments with the government’s Faster Adoption and Manufacturing of Electric Vehicles, or FAME, scheme.

The FAME programme, launched in 2015, aimed both to promote electric vehicle adoption and to incentivize manufacturers to build such vehicles in India. In the first phase of FAME, the government provided US$130 million in subsidies to support the purchase of electric two-wheelers and three-wheelers and hybrid and electric cars and buses.

Phase-II of the FAME scheme, with an outlay of US$ 1.34bn for three years, commenced from April 2019. Out of total budgetary support, about 86% of the fund has been allocated for demand incentives so as to create demand for electric vehicles in the country. This phase aims to generate demand by way of supporting 7,000 e-buses, 5 lakh electric three-wheelers, 55,000 electric four-wheeler Passenger cars (including strong hybrid) and 10 lakh two-wheelers.

In June this year, the Ministry of Heavy Industry announced further amendments to the FAME II scheme to give a boost to demand for electric vehicles. Under the revised policy, the subsidy per electric two-wheeler (Indian-made), which is linked to the battery size, has been increased to US$ 201.73 per KWh from US$134.49. Further, electric two-wheeler manufacturers can now give discounts of up to 40% to consumers, against the previous cap of 20%.

A core component of this phase was again to accelerate local manufacturing. Also, the government last year rolled out a production-linked incentive scheme for various industries, including an outlay of over US$ 7.67bn for the automobile and auto-component industry. To give a thrust to electric mobility, around US$ 2.42bn of this was approved for development of advanced cell chemistry battery storage manufacturing.

Clearly, with the right incentives and policy framework, India can leapfrog some EV battery recycling barriers and become a major player within the next decade. EVs are set to transform global road transport, and India will be a huge market. It is both logical and necessary that India also seek to become a manufacturing hub that can contribute to both EV value chains and battery recycling, said the IISD.