India’s Union Finance Minister, Shri Arun Jaitley, while presenting the General Budget for 2018-19 said that the aim is to reduce fiscal deficit by 0.2 per cent of GDP over the revised estimates for financial year 2017-18

Fiscal Deficit at 3.3 per cent of the of the natinal gross domestic product is expected to be US$96.5 billion, to be financed through borrowings

The budget will boost investment in agriculture, social sector, digital payments, infrastructure and employment, while sticking to fiscal rectitude 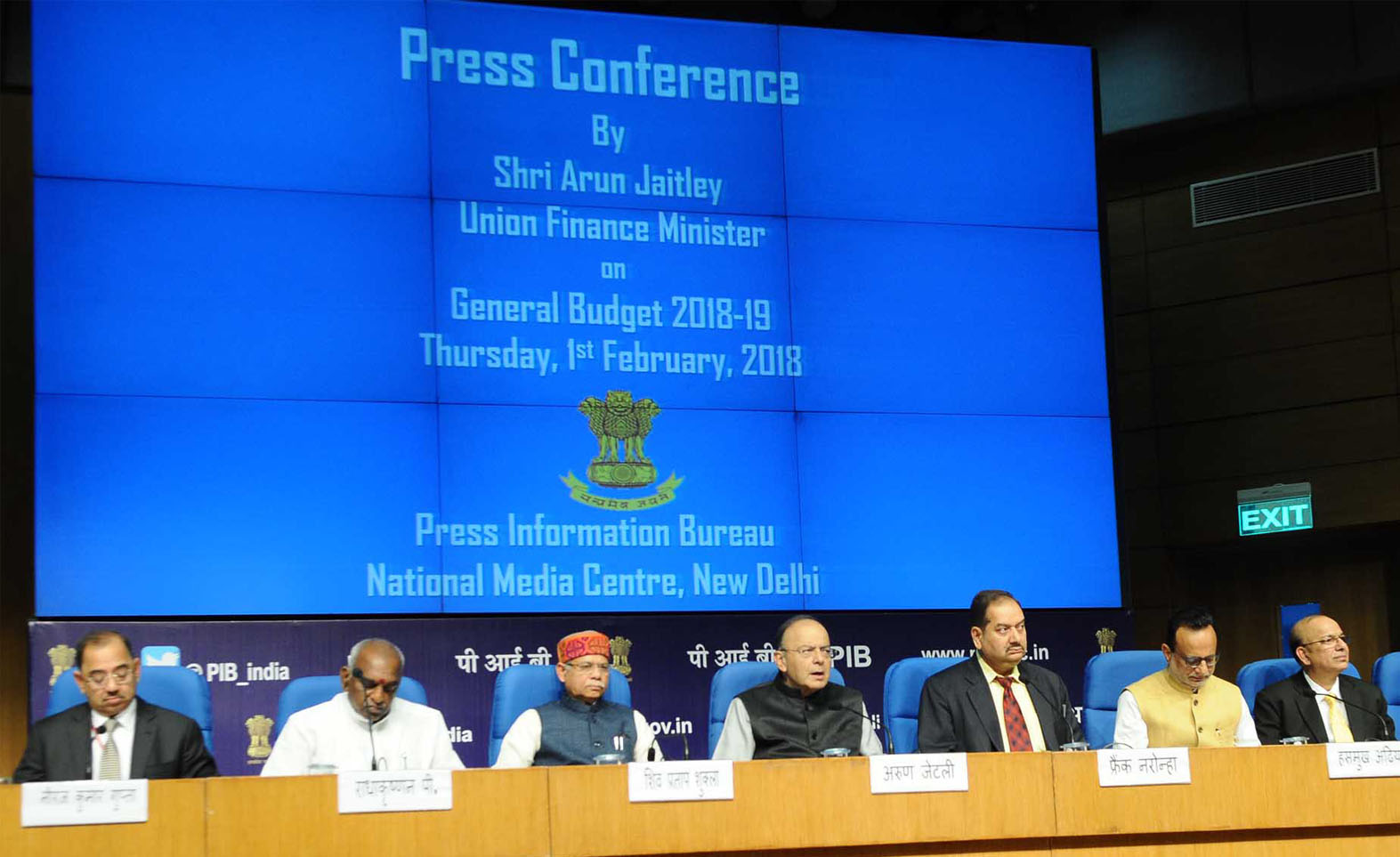 The Government of India has set a fiscal deficit target of 3.3 per cent of the gross domestic product (GDP) for the financial year 2018-19 beginning April 1st. Fiscal Deficit at 3.3 per cent is expected to be US$96.5 billion, to be financed through borrowings. The country’s Union Finance Minister, Shri Arun Jaitley, while presenting the General Budget for 2018-19 in the Parliament on February 1st said that the aim was to reduce the fiscal deficit by 0.2 per cent over the revised estimates for financial year 2017-18, set at 3.5 per cent. The announcement comes in the backdrop of India’s fiscal deficit climbing down substantially from 4.4 per cent in 2013-14 when the current Government had assumed power.

Mr Jaitley said that the present Government has embarked on the path of consistent fiscal reduction and consolidation since 2014. Fiscal deficit was brought down to 4.1 per cent in 2014-15; to 3.9 per cent in 2015-16; and to 3.5 per cent in 2016-17.  Revised fiscal deficit estimates for 2017-18 are US$93.4 billion, at 3.5 per cent of GDP. Meanwhile, the total expenditure for 2018-19 has been estimated to be more than US$378 billion – an increase of US$34.3 billion from 2017-18. Mr Jaitley said that the budget would substantially boost investment in agriculture, social sector, digital payments, infrastructure and employment generation, while simultaneously sticking to the path of fiscal rectitude in the coming year.

Furthermore, the finance minister said that in order to add credibility to the Government’s commitment for the revised fiscal glide path, he has proposed to accept key recommendations of the Fiscal Reform and Budget Management (FRBM) Committee relating to adoption of the Debt Rule and to bring down the Government’s debt to GDP ratio to 40 per cent. The Indian economy, valued at US$2.4 trillion, is projected to grow by up to 6.75 per cent in the current fiscal year, with estimated economic growth of up to 7.5 per cent in 2018-19. Over 2014-15 to 2017-18, India has recorded growth of 7.3 per cent  The Government has accepted recommendation to use fiscal deficit target as the key operational parameter.