The finance minister identified MSME, Fintech, and Healthcare as important sectors for intervention

Widening the net of financial inclusion through the JAM trinity is an important goal for the administration.

Including more individuals in the ambit of taxation without hurting honest taxpayers is a priority area. 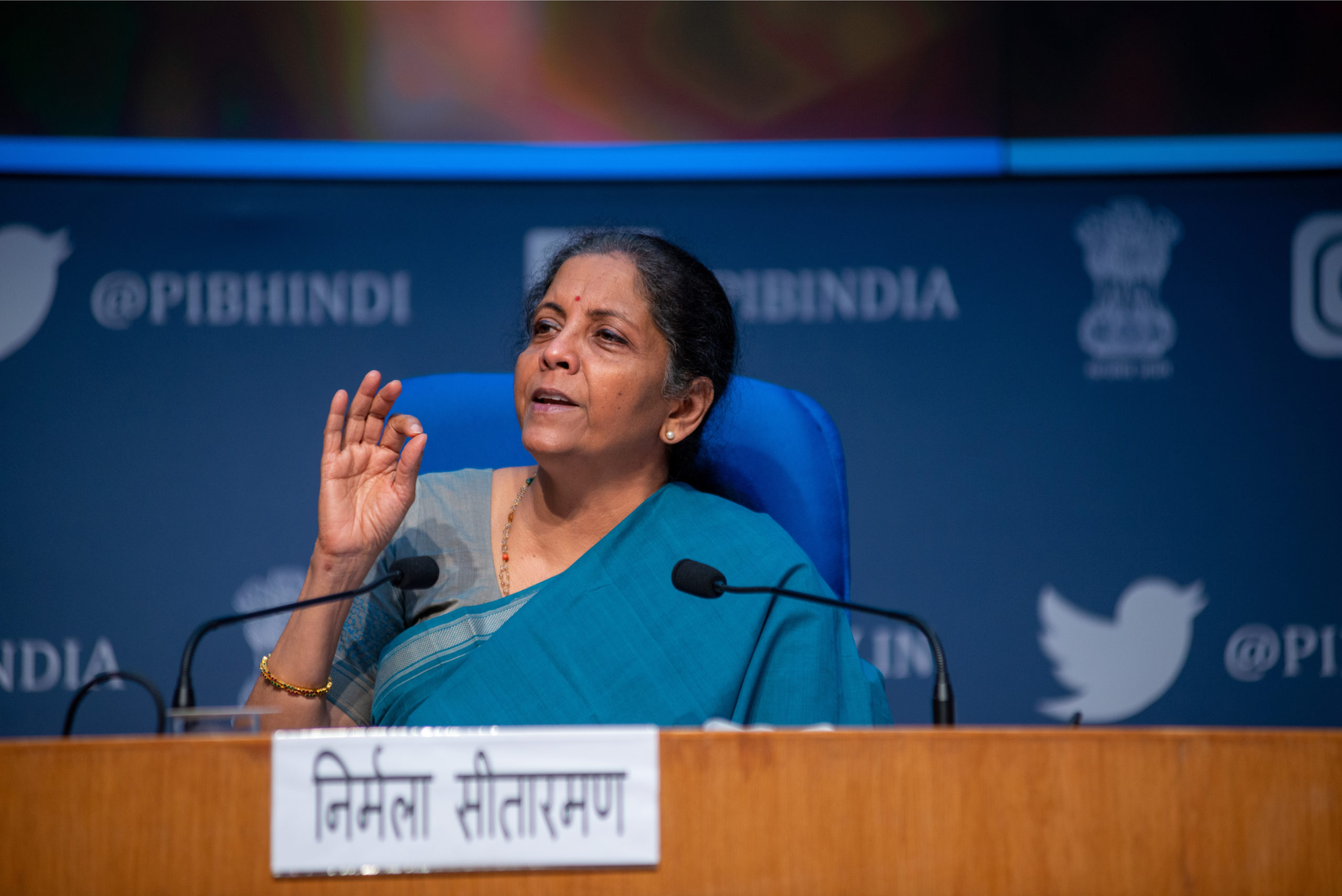 Speaking at the India Global Forum 2021, Finance Minister  Smt Nirmala Sitharaman delineated the Union Government’s priorities and plans to empower the economy to face a potential third wave of the pandemic. In her opening remarks, the Hon’ble Minister identified that MSMEs were the most impacted which is why the Government was helping them by providing working capital and term loan credits in order to alleviate the economic impact. Furthermore, interest subvention schemes and relief for parties associated with stressed assets were also introduced to aid the sector.

When asked about the pattern of government borrowing and spending, Smt Sitharaman asserted “The debt burden is not something I am not worrying about now because the public expenditure infrastructure is what is going to help us revive the economy, and (the) sooner the economy revives, you are able to help generate more revenue (and) more tax revenue and as a result of which you will be able to service better.”  Smt Sitharaman also said that the extent of borrowing was positively influenced by the debt to GDP ratio, and that efforts are currently being made to bring down levels of fiscal deficit. Increased GST collections over the past eight months have buoyed non-tax revenues and are expected to strengthen economic activity in the near future.

On the issue of privatization and technology use in governance, Smt Sitharaman said that the ongoing vaccination programme will give an impetus to resume the asset monetization and privatization activities mentioned in Budget 2021. The use of technology specifically digital payments had helped empower MSMEs, and further the reach of financial inclusion. Existing provisions such as the JAM Trinity (Jan Dhan-Aadhar-Mobile) are being utilized in order to bring the entire population of the nation within the ambit of the banking system. Smt Sitharaman also said that it is important to widen the net of taxation without penalizing the honest taxpayers of the nation. In her view, technology would serve as an appropriate tool to fulfill this ambition, in addition to formalizing the economy. When asked about whether India was prepared to tackle a potential third wave, Smt Sitharaman emphasized that efforts are underway to strengthen the existing medical infrastructure, and the recently announced stimulus package would target healthcare facilities in Tier-II and Tier-III cities.