Government of India’s “Namami Gange Programme”, an integrated conservation mission with a budget outlay of around US$3.1 billion, aims to rejuvenate the national river Ganga as well as set up a broad network of drainage and sanitation infrastructure

Aided by the Government’s outreach initiatives, international investors as well as Indian companies and NRI-PIO entities have extended support to the Clean Ganga movement 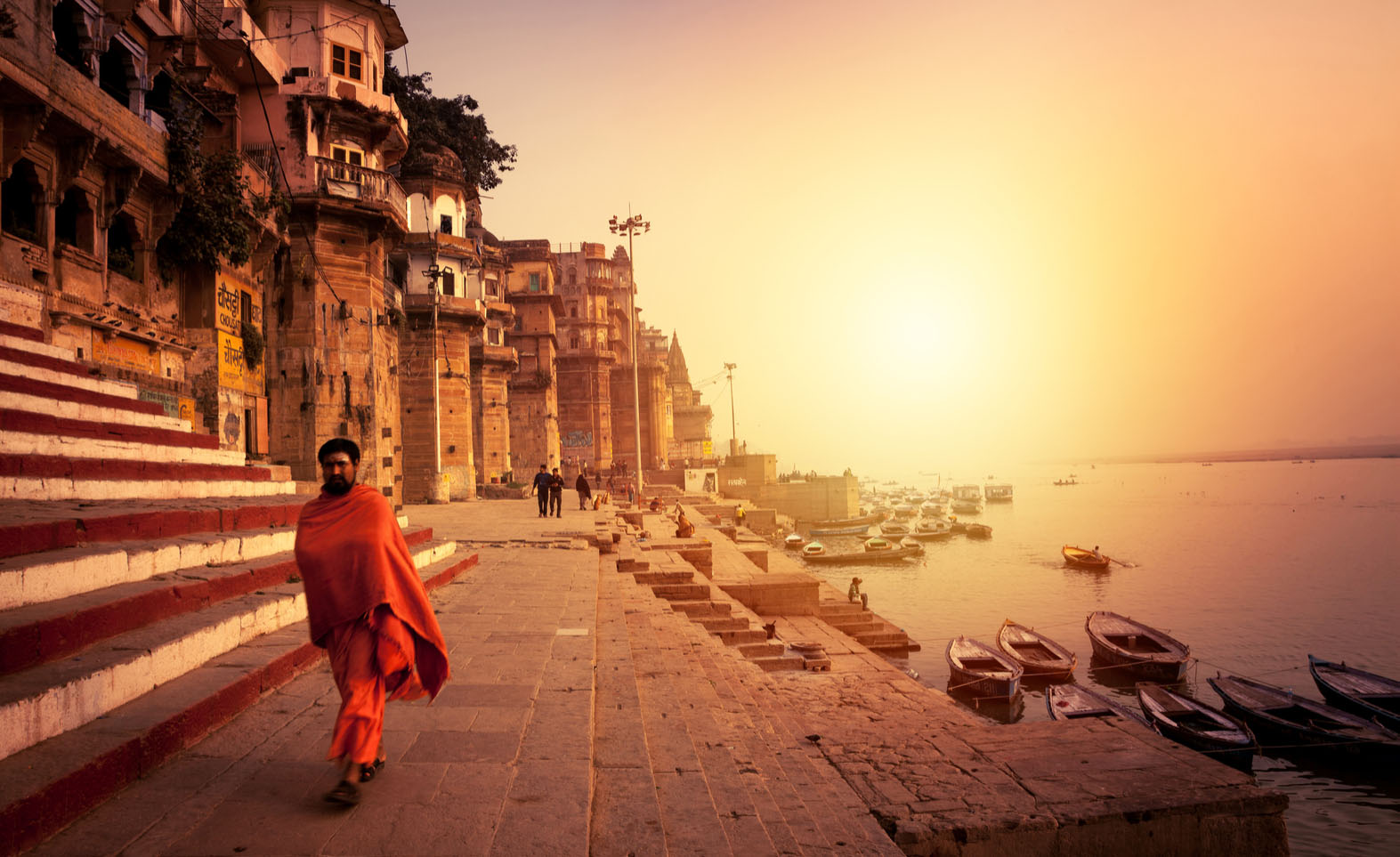 Prominent water streams have served as the backbone of the world’s most successful civilisations for millennia. Ganga, or Ganges, has similarly helped in setting up a vast and vibrant human settlement across the Gangetic Plain, which encompasses most of northern and eastern India. The river, which starts in the Himalayan glaciers and drains into the Bay of Bengal covering a distance of over 2,500 km, has led to the development of numerous large business and cultural centres along its shores. However, the fast-growing human settlement in the region, besides bringing incredible economic prosperity, has also adversely affected the river’s health, endangering the future prospect of the region. Hence, the Government of India, in 2014, took up a broad initiative, termed “Namami Gange Programme” to clean up the national river and set up a broad network of conservation and sanitation projects.

The programme, which has budget allocation of around US$3.1 billion, is finally bearing fruit with a number of foreign investors now pledging support to a variety of projects, ranging from construction of ghats (Indian style quays) to industrial effluent management. Under the mission to clean the ancient river, close to US$2.7 billion has been sanctioned till October 2017 for various projects. For the first time, a separate ministry has been formed for the river’s rejuvenation, which will use a collaborative approach by bringing together myriad agencies—including various Central and state ministries–under one roof. The dedicated ministry will undertake a range of activities under the banner of the Namami Gange project—from riverfront development and river surface cleaning in the short term to constructing sewage infrastructure in the medium term to conservation of aquatic life and peripheral afforestation over the long term.

The Namami Gange Programme involves around 187 projects, including sewage infrastructure, ghats and crematoria construction, river-front development, institutional development, biodiversity conservation, rural sanitation and public involvement. Of these, 93 projects have been sanctioned for creation of new sewage treatment plants (STPs) with a combined treatment capacity of 2.2 billion litres/day as well as rehabilitation of existing STPs with capacity of  564.3 million liters/day. The projects also include laying/rehabilitation of 4,700  km of sewer network for abatement of pollution in Ganga and Yamuna rivers. Furthermore, to check industrial pollution, 1,109 grossly polluting industries (GPIs) were surveyed, out of which 333 were closed down while closure notices have been served to certain some non-complying ones.

Nitin Gadkari, India’s minister of Road Transport and Highways, Shipping and Water Resources, River Development and Ganga Rejuvenation, recently held roadshows for investors in London and Mumbai. These focused outreach programmes have resulted in international investors, Indian companies as well as non-resident Indian and person of Indian origin (NRI-PIO) businesses evincing interest in participating in the mission. At the London leg of the show, Indian corporates, NRIs and PIOs in the UK pledged close to US$5 million for the mission. Numerous memoranda of understandings (MoUs) were signed—with Anil Agarwal of Vedanta Resources Plc for ghats and amenities along the Ganga at Patna, Ravi Mehrotra of Foresight Group for Kanpur, the Hinduja Group for Haridwar and Prakash Lohia of Indorama Corp for Kolkata. These entities will develop, build and operate the projects as part of their corporate social responsibility (CSR) initiatives.

The Government has also signed a number of MoUs with various UK-based companies—Lyndon Water Ltd, Celtic Renewables Ltd, Medifarm, NVH Technologies and Arkatap—for innovative technologies in river cleaning. In addition, Australia, the UK , Germany, Finland and Israel have shown interest in collaborating with the Indian Government for the initiative. The National Mission for Clean Ganga (NMCG)—an organisation tasked with bringing all stakeholders under one roof for cleaning and rejuvenating the river—has signed an MoU with Japanese organisation, OISCA International, to collaborate on pollution abatement and river rejuvenation. Additionally, the Japan International Cooperation Agency has sanctioned two loans, totalling ¥43.8 billion, for rivers Ganga and Yamuna.

Many other countries and multilateral agencies have been supporting NMCG through loans or technological assistance. For example, the World Bank has extended a US$1-billion loan for financing, among other assistance for institutional development and setting up of priority infrastructure along the river. The Ministry has also signed an MoU with The Netherlands government for cooperation in water management technology, specifically, for controlling pollution in the river Ganga. The German development agency, Deutsche Gesellschaft für Internationale Zusammenarbeit GmbH (GIZ), has committed €3 million and technical cooperation under the ambit of the Indo-German Bilateral Development Cooperation agreement.

In terms of river front development under the Namami Gange Programme, work is progressing on 113 ghats and 52 crematoria. The projects, estimated to cost more than US$100 million, are expected to be completed by 2018. In Varanasi, 84 ghats will be cleaned up at a cost of US$785,000 every year. To keep the river surface clean, the government has deployed 11 trash skimmers—at Haridwar, Garh Mukteshwar, Kanpur, Varanasi, Allahabad, Patna, Sahibganj, Nabadwip, Kolkata, Delhi and Mathura-Vrindavan. The government has also made 4,464 villages along the river’s banks free of open defecation. Five State Ganga Committees and 34 District Ganga Committees have been constituted for effective monitoring of projects and activities.

The massive project to clean and rejuvenate river Ganga is a national priority. It assumes criticality because the river is associated with 43% of the country’s population and revitalising the river will mean imbibing broad socio-economic development. Apart from its economic, spiritual, cultural and historical significance, the river basin is largest in India in terms of its catchment area, spanning 26% of the country’s land mass, or 861,404 sq km. The sustains a wide range of agricultural and industrial activities in the region. Therefore, any project to rejuvenate such a biosphere requires the private sector to supplement the government’s efforts, after all, the end result of any development work will impact all stakeholders in the region.