‘Ed-tech sector is attracting a lot of investor interest’

At Byju’s, 60 percent of students are from tier 2 and tier 3 markets

Investors are excited, given the scope of the impact of education sector 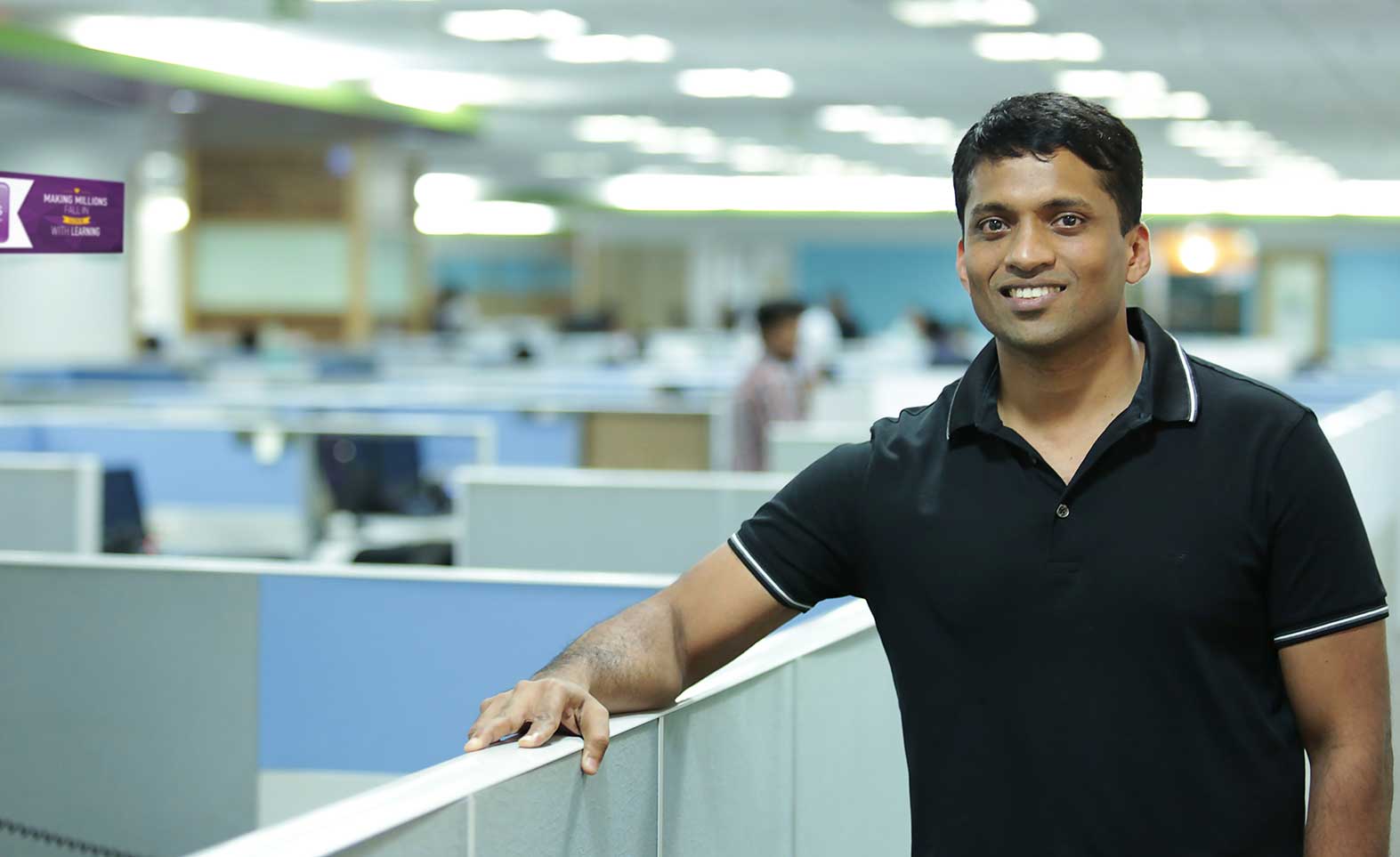 Byju’s is the first, from a relatively new sector like education technology, to become a part of the unicorn club. The success has largely been driven by a strong business model powered by technology in a key sector like education.  The company’s learning app has over 35 million registered students and 2.4 million annual paid users, with students spending an average of 71 minutes on it.

One of the first countries in Asia to be backed by Mark Zuckerberg and Priscilla Chan, Byju’s is attracting investor interest even as they are poised to expand globally. Byju Raveendran talks about what makes this Ed-tech start-up successful

Byju’s is one of India’s successful tech start-ups, which achieved unicorn status in 2018. Can you elaborate on milestones in your journey, which led to your success?

The idea behind starting Byju’s was to make learning accessible, effective, and personalized for everyone. We realized there was a huge gap in the way students learn and how concepts could actually be learnt.

So, after scoring 100 percentile twice in the Common Aptitude Test, an entrance exam for elite Indian Institute of Management colleges that provide MBA degrees — I started to teach potential candidates preparing for the exam. Before I knew, my workshops with 35-40 students went up to 1,000+ students.

The overwhelming response validated my teaching method. With a strong team in place, in 2009, Byju’s launched an online video based learning for CAT through VSAT. This was the first time that we used technology as an enabler, which facilitated us to scale. This helped the team conduct lectures in multiple centers across India.

Since we wanted to lay the foundation for lifelong learning, Think & Learn Pvt Ltd (Byju’s parent company) with a focus on the K-12 (school going students in classes 4-12) segment, was launched in 2011. Consequently, we launched our flagship product (Byju’s — The Learning App) in August 2015. This was a turning point because smartphone as a learning device, and app as a medium, gave us infinite reach for our learning program. We realized that technology-enabled education will change the way learning is approached by students.

There has been no looking back after our app launch. 60 per cent of our students come from outside Tier 1 cities – showing the need for a product that provides quality learning opportunities throughout the country.

The company has been growing at 100 per cent year-on-year for the last three years. Our revenue in the last financial year was US$202.29 million, and we’re on target to triple it to US$428.57 million this fiscal.

Was the Chan Zuckerberg Initiative funding to Byju’s a key development in the start-up’s growth?

There is a solid foundation to our business model and I think investors get interested when they see that. It is very humbling to see such confidence from our investors. In fact, it is encouraging to be the first company in Asia to be backed by Mark Zuckerberg and Dr. Priscilla Chan.

There was no strategy in place for approaching investors. As a brand, we are solving core problems like access to quality teachers across geographies using technology. I think what attracted them and all our investors was the fact that we are addressing key issues in the education sector.

We are also continuously working towards developing world-class products, which will cater to students with every educational requirement in K-12 segment. We recently launched a new product for students in lower classes (1st to 3rd), in collaboration with Disney – the Disney.Byju’s Early Learn App.

What is the opportunity for investors in this segment?

Investors are excited, given the scope of impact that the education sector has, along with recognizing the need and demand for such services. Also, this is a very scalable and profitable business, if implemented well, which can be expanded rapidly with minimal investment as the major cost is to build content, and once more users onboard these services, the return on investment becomes quite high. Companies in this space are still scratching the surface and catering to multiple audiences with an attempt to fill in the learning gap. The segment is still in its nascent phase and it has a long journey ahead, making it all the more exciting for investors.

The Ed-tech industry is witnessing a great degree of interest from investors in the last few years, paving the way for some start-ups in the sector to emerge as large players around the world. India is currently the second largest market for e-learning after the United States. The Ed-tech sector is expected to reach US$ 5.7 billion by 2020.

India’s education market, estimated to grow to US$5.7 billion by 2020, is fast emerging as a fantastic opportunity for the investors.

How has the government helped to foster entrepreneurship in the country, considering India is fast becoming a model for the rest of the world?

Government, investors, academia and corporate support can collectively support and influence the creation of an environment that is conducive to growing billion-dollar startups. After all, the economy will benefit greatly if unicorns are nurtured locally and encouraged to stay onshore for long. Focusing on entrepreneurial education is an important part of infrastructure.

The Indian government has launched several initiatives like SWAYAM, E-Basta, Rashtriya Madhyamik Shiksha Abhiyan (RMSA) that have been driving the adoption of online education across the country. Internet is quickly penetrating every nook and corner of the country. A KPMG report suggested that by 2021, India will have over 735 million internet users. Semi-urban and rural areas are seeing significant uptake in internet usage and therefore we see tremendous growth for online learning and education in these regions.

What are your global expansion plans?

Global expansion is on our cards. In the last one year, our app has seen great adoption, we have helped India learn better. We want to capitalize on our core strengths that we have developed such as creating high quality learning modules, videos and interactives across subjects, grades and geographies.

We have the required talent and capabilities, which can create a product for students across the globe. For the international product, we are working with some popular YouTube teachers, who are experts in their own domains. We are getting them to India to record and help us with product development too. To start with, our target markets are English-speaking countries.

There will be a strong focus to further accelerate our reach and create awareness in deeper parts of India. We are creating learning programs in multiple vernacular languages. This will help us reach out to a wider set of students from across regions. It is encouraging to see increased adoption from 1700+ towns and cities in the country, but there is still a long way to go before we call this a learning revolution.