The strong bilateral relations between Qatar and India are reflected in their trade and economic partnerships.

India is the 4th largest export destination for Qatar.

US$750m in remittances sent by Indian expats in Qatar.

Qatar is one of the largest suppliers of LNG to India. 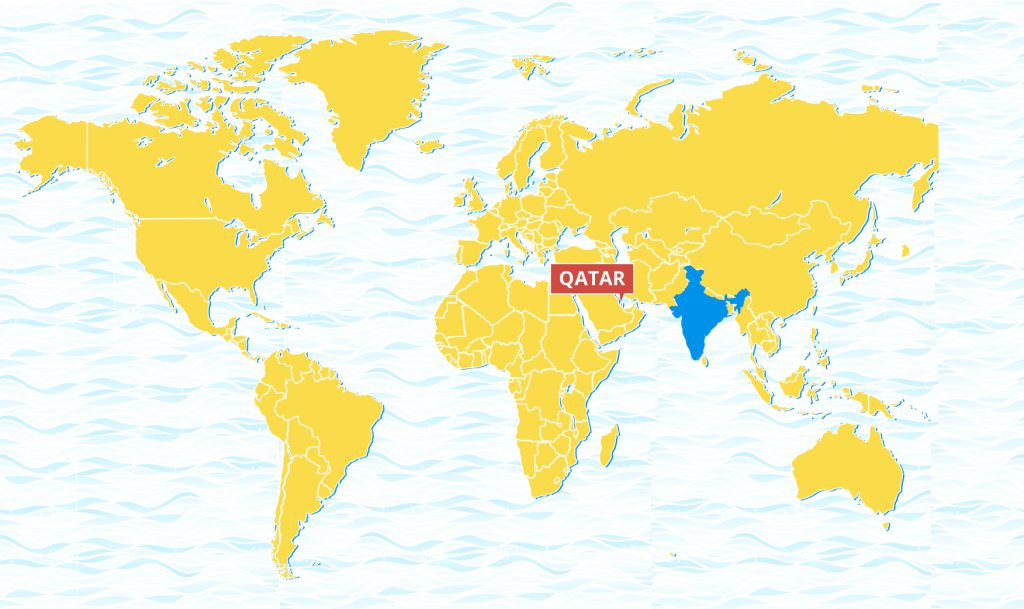 The Governments of both nations are proactively encouraging opportunities in two-way travel and tourism activities.

Both countries are keen to expand collaborations for mutual benefit in the fields of energy; trade, finance and investments; infrastructure; education and research; sports; travel and tourism; and other areas.

India's Exports and Imports to Qatar

Federation of Indian Chambers of Commerce and Industry (FICCI)

The Qatar Chamber of Commerce & Industry

Crustaceans; frozen, shrimps and prwns, excluding cold water varieties, in shell or not, smoked, cooked or not before or during smoking; in shell, cooked by steaming or by boiling in water (030617)
Fish; fresh or chilled, Pacific salmon, not fillet, livers, roes, other fish meat of heading 0304 (030213)
Other, including preparations of blood of any animal (160290)
Prpd/ prsvd meat, meat offal of bovine anmlsw (160250)
Prpd/prsvd meat, meat ofal/ blood of fwls of the spcs galus dmstcs (160232)

*Information subject to changes amid the global COVID-19 pandemic.

Priority in employment is given to Qatari citizens. Employers who wish to hire non-Qataris or recruit workers from abroad are required to obtain permission from the government. Foreigners may work in Qatar under different employers.

Indian nationals comprise the largest expatriate community in Qatar and are engaged in a wide spectrum of professionals, including medicine, engineering, education, finance; banking, business, media and labour.

The construction industry in Qatar is anticipated to grow at a CAGR of 9.6% over 2019-24. Construction of civic infrastructure and connectivity projects have largely been supported by foreign workers at different levels in Qatar.

Qatar, with a population of only around 2.7 million, makes up around 5% of insurance premiums from the Middle East and North Africa region. Financial services in Qatar are supported by foreign workers at different capacities.

With steady growth in business and tourism, Qatar’s hospitality sector has seen increased activity. The nation will host the 2022 FIFA World Cup. The hospitality sector in Qatar, ranging from hotels to tourism to personal care, employs foreign workers.

The IT and ICT infrastructure in Qatar has been set up and is supported by foreign workers.

Ministry of of Transport and CommunicationsResidency Permits inquiry

Qatar is the largest producer of liquefied natural gas in the world, with the oil and gas industry contributing the largest chunk to the national GDP. Qatar’s oil and gas exploration sector is a major employer and strength for the economy.

Faculty positions up to uninversity

Here are the leading sectors of opportunities for foreign investors

TCS; Wipro; MahindraTech have set up representative offices in Qatar

The Ministry of Skill Development & Entrepreneurship in collaboration with …

The Government of India has taken preemptive steps to contain …

Driven by increasing innovation, R&D and manufacturing capabilities as well …