Building a robust defence industrial base

The Government of India is laying the foundation for a robust defence manufacturing industry in the country with a slew of policy changes. And, these initiatives are taking off the ground

As many as 42 FDI proposals and joint ventures have been approved for the manufacturing of various defence equipment, involving both the public and private sectors

Foreign investment inflows of more than US$258.3 million have been reported in defence manufacturing since 2014 under both the government and automatic routes

The Government of India has authorised defence manufacturers in India to export to up to 42 countries, which includes Australia, Finland, Germany, UAE, Spain, etc. 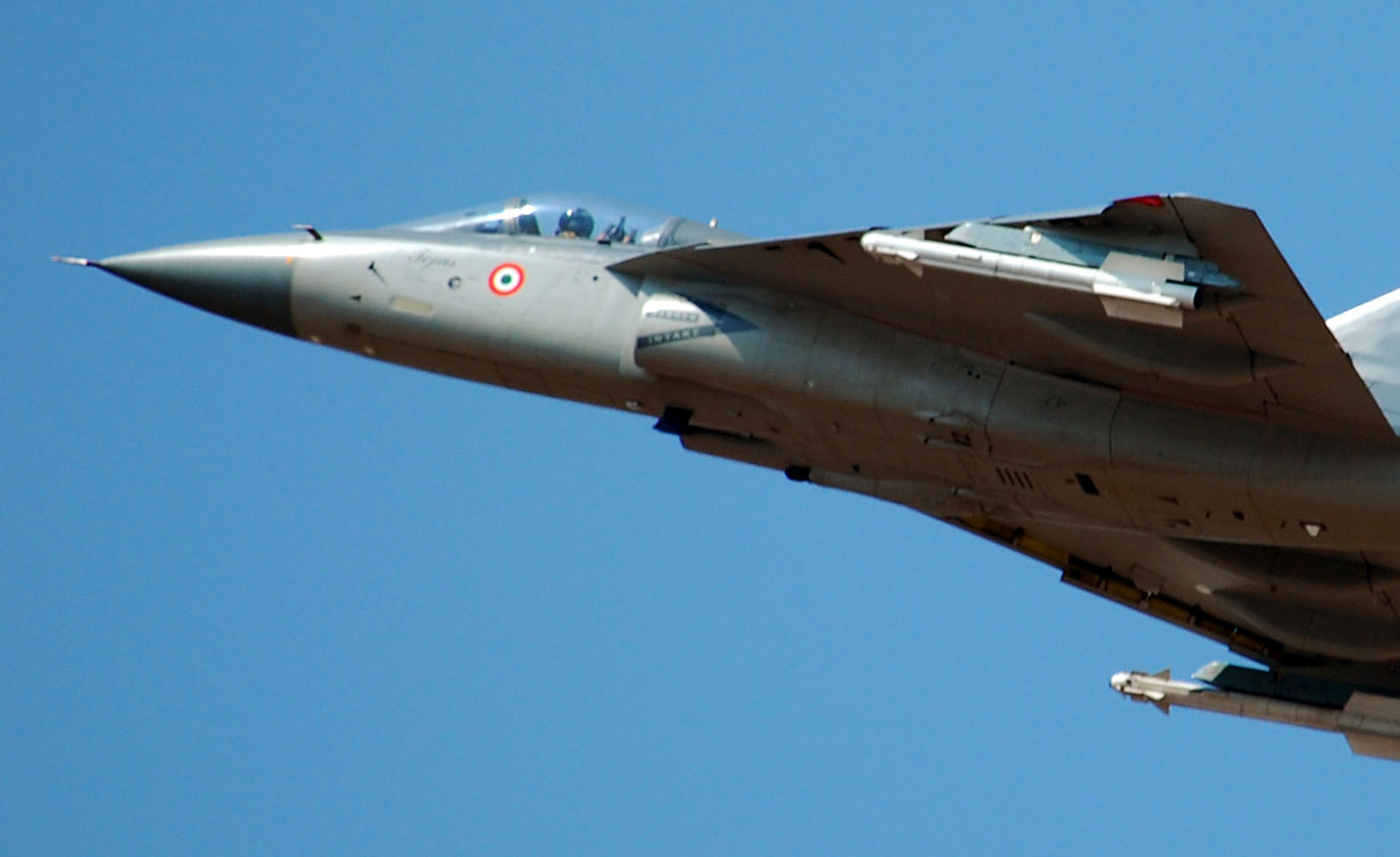 In an effort to encourage foreign companies to set up defence manufacturing facilities in India, the Indo-Russian Helicopters Ltd (IRHL), a Joint Venture (JV) was established in 2017 to produce Kamov 226T military helicopters for the Indian army and air-force. The detailed proposal, submitted by this JV comprising Hindustan Aeronautics Ltd (HAL) and Russian state-owned firms, Russia Helicopter and Rosoboronexport, has recently gone to the highest decision-making body in India, the Defence Acquisition Council for clearance.

IRHL CEO MN Srinath told media-persons earlier this month that the first batch of helicopters will come out of their production facility at Tumkur in Karnataka by 2025 if everything goes by plan. Under this JV, 200 Kamov choppers will be produced to replace India’s aging Cheetah and Chetak helicopters and out of the 200 helicopters, 60 will be supplied in a ready-to-fly condition, while 140 will be manufactured in India, under this US$1 billion deal.

This is not the only defence JV operating in India. According to a government statement1, 42 FDI proposals/ joint ventures have been approved for the manufacture of various defence equipment both in public and private sector, which include three JVs with Russia namely Multirole Transport Aircraft Ltd (a joint enterprise comprising HAL, Russian OJSC UAC – Transport Aircraft and OJSC Rosoboronexport), IRHL and Indo Russian Rifles Pvt Ltd (a partnership between Kalashnikov Rifles and the Indian State-owned Ordnance Factory Board).

India is the 5th highest defence spender globally, with US$47.5bn allocated towards defence in the current budget

As per the data furnished by 79 companies operating in the defence and aerospace sector, so far, FDI inflows of over US$258.3 million have been reported after 2014 under both government and automatic route, according to the Ministry of Defence statement.

By allowing higher FDI and through a slew of policy changes in the defence and aerospace sector, India is enabling global companies with high-end technologies to set up their manufacturing base in collaboration with local entities in the country. In this way, the government hopes to create more access to new technologies and lay the foundation for the creation of a robust defence industrial base in the country. Also, the government’s multiple initiatives, particularly the Strategic Partnership policy has further facilitated long-term partnerships between the private sector and global OEMs, to manufacture big defence products such as fighter aircraft, helicopters, submarines, and armoured vehicles.

On the road to self-reliance in defence procurement, a policy on indigenisation of components and spares used in defence platforms has been introduced in March 2019 as well, to augment the share of local defence manufacturing.

India as a defence export hub

In the past five years, India has been strongly pushing to transit from a defence market into a major defence manufacturing and export hub. To achieve these goals and achieve a US$26 billion defence industry by 2025, the government has undertaken many measures including simplifying export procedures and industry licensing process, streamlining defence offset policy (allowing change of Indian Offset Partners and offset components by foreign Original Equipment Manufacturers after signing of contracts and the establishment of an “offset portal”) and making government trial and testing facilities available to the private sector.

These reforms have resulted in a sharp increase in exports, according to government figures. For example, US$1.5 billion worth of exports was recorded in 2018-19, which is nearly seven times the exports achieved in 2016-17. Quoting these figures at the second annual session of the Society of Indian Defence Manufacturers last year, Minister of Defence, Shri Rajnath Singh added India has fixed a target of US$5 billion for exports by 2024.

The defence ministry recently announced that the government has authorised defence manufacturers in India to export to 42 countries, which includes Australia, Finland, Germany, UAE, Spain, etc. These companies are currently exporting a range of defence equipment such as coastal surveillance systems and DO-228 aircraft to Seychelles, rail detonators to South Africa and flexar panels, soft armour panels, vehicle armour panels to France, etc., for example.

To further boost manufacturing, a significant development has been the government’s recent decision to establish two defence industrial corridors in Tamil Nadu and Uttar Pradesh. A defence innovation hub is already functioning in Coimbatore with Tamil Nadu (TN) government eyeing investments worth US$15 billion in the aerospace and defence sectors in the next 15 years. The state, which produces a large number of aerospace engineers, already has a strong industrial base with 120 countries focussed on aerospace component manufacturing and is the third-largest manufacturer of electronic hardware in India.

Last year, Minister of Finance, Nirmala Sitharaman inaugurated the TN defence industrial corridor in Tiruchirappalli about 300 km from Chennai. Public sector undertakings have invested in this corridor to the tune of US$427.9 million.

Uttar Pradesh, which has a strong ancillary base with the highest number of MSMEs, nine ordnance factories and three units of HAL, is well-suited to host a defence corridor as well. This stretch spanning Aligarh, Agra, Jhansi, Kanpur, Chitrakoot, and Lucknow has taken off to a good start with US$520 million worth of investments already committed by defence public sector enterprises and private industries. The Defence Research Development Organisation (DRDO) has tied up with the Uttar Pradesh Expressways Industrial Development Authority to provide technical support to the companies investing in this corridor.

India’s drive to develop capacities for manufacturing of strategic electronics to support the growing aerospace and defence ecosystem by leveraging India’s strength in IT / software and engineering skills is drawing the attention of many global major and small aerospace defence manufacturers. According to industry experts, India is rated among the largest markets by these foreign companies, which are planning to expand their supplies to Indian customers or form joint ventures in India to manufacture their components for exports.

Last year, a classic example was the US-based Carr Lane Manufacturing and Chennai-based Rialto Enterprises, part of the US$84.5 million Rayala Group, which entered into a joint venture to produce specialised aerospace components, initially to export products to Carr Lane’s international market. The new 70:30 JV will start commercial production within three months and plans to invest around US$14.1 million in the first three to four years.

Martin-Baker Aircraft Co. Ltd is a British manufacturer of ejection seats and safety-related equipment for aviation and the company considers India as the second-largest market for pilot ejection seats after the USA, according to media reports. French defence and engineering company Thales, which has a major workshare in French military platforms, including the Rafale fighter jets, is planning to ramp up its operations in India.

European multinational aerospace corporation, Airbus’ annual procurement from 45 Indian suppliers that provide engineering and IT services and aerostructures, materials and cabins for several of Airbus’ leading aircraft surpasses US$550 million. According to the Airbus website, their proposal to assemble the C295W aircraft, along with Tata Advanced Systems in India is advancing.

Many global and domestic players are collaborating through joint ventures to manufacture aero components, provide Maintenance, Repair and Overhaul (MRO) facilities for civil and military aviation sectors, and overhaul and maintenance of aero engines. India’s MRO segment is estimated to grow at 10 percent and reach US$2.6 billion by 2021, according to industry body Confederation of Indian Industry.

Budgeting for the future

Today, India with the world’s third-largest military force, the 5th highest defence spender globally. In the current budget, the finance minister has allotted US$47.5 billion for defence, even as India is preparing a roadmap to promote artificial intelligence in national security to make India a significant power in defence AI in the future.