The Union Budget for the financial year 2019-20, presented by Finance Minister Nirmala Sitharaman in the Parliament on July 5th, charted a detailed plan to achieve inclusive and sustainable development in the world’s fastest-growing economy

India requires investments averaging more than US$292 billion every year

FDI in like aviation, media (animation, AVGC) and insurance can be opened 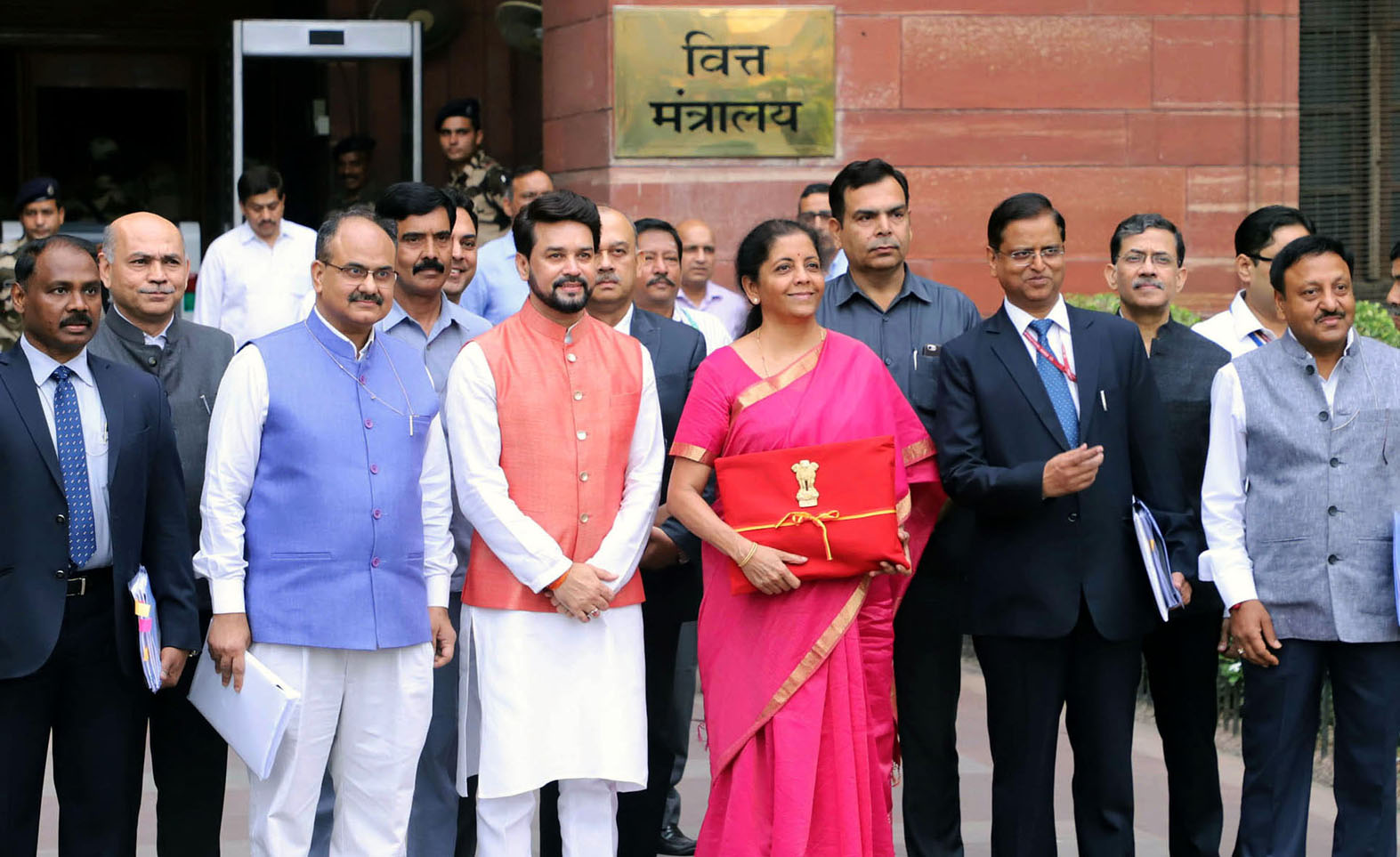 The Union Budget for the financial year 2019-20, presented by Finance Minister Nirmala Sitharaman in the Parliament on July 5th, charted a detailed plan to achieve inclusive and sustainable development in the world’s fastest-growing economy. The Budget presented an progressive goal to achieve a US$5 trillion economy by 2024-25, compared with the current US$2.7 trillion. To achieve this, Government of India is targeting annual economic growth of 8 per cent over the coming years. This aims to establish India as the world’s third largest economy, compared with the current sixth largest position. India was the world’s 11th largest economy in 2013-14. Meanwhile, in the current financial year, Indian economy is expected to record a growth of 7 per cent, following a growth of 6.8 per cent in 2018-19. The Government plans to achieve this by boosting investment, especially from the private sector, in all sections of the economy.

10-point Vision for the Coming Decade:

“Indian economy will become a US$3 trillion economy in the current year and is on the path of achieving the Prime Minister’s vision of a US$5 trillion economy by 2024-25,” said Ms Sitharaman, while presenting the Budget.

It took over 55 years for the Indian economy to reach US$1 trillion, and in the last five years, the government has added US$1 trillion to reach about US$2.7 trillion. Finance Minister added that between 2014-19, Government of India has provided a rejuvenated Centre-State dynamic, cooperative federalism, GST Council, a strident commitment to fiscal discipline and set the ball rolling for New India, planned and assisted by the NITI Aayog. In the last five years, the Government initiated leading reforms, particularly in indirect taxation, bankruptcy, real estate, as well as those in the social sector to improve the common man’s life. Infrastructure and connectivity have also been revolutionised to drive growth.

Setting pace for the vision for India in the next decade, the Finance Minister said that mega programmes and services which were initiated and delivered during the last five years will now be further accelerated. The Government plans to simplify procedures, incentivize performance, reduce red-tape and make the best use of technology to achieve the desired goals. She stated that the Government recognizes that investment-driven growth needs access to low-cost capital. It is estimated that India requires investment averaging over US$292 billion per year. Emphasizing on the substantial role of India’s private industry in boosting the economy, the Government has proposed to use Public-Private Partnership (PPP) to unleash faster development and completion of projects and to make available a blueprint this year for developing railway infrastructure, national highway grid, gas grids, water grids, i-ways, and regional airports.

In order to unlock the true potential of Public Sector Undertakings (PSUs), the Finance Minister said that strategic disinvestment of select CPSEs would continue to remain a priority of this Government, along with the consolidation of PSUs in the non-financial space. Government is considering, in case where the stake is still to be retained in Government control, to go below 51 per cent to an appropriate level on a case to case basis. Government is setting an enhanced target of US$14.6 billion of disinvestment revenue for 2019-20, she added. Meanwhile, to make India a more attractive foreign direct investment (FDI) destination, the Budget said that FDI in sectors such as aviation, media (animation, AVGC) and insurance sectors can be opened further on multi-stakeholder examination. In the meantime, insurance intermediaries will get 100 per cent FDI, and local sourcing norms will be eased for FDI in single brand retail sector.