The Indian Government invested around US$74.97 mn for the 68.72km long Jayanagar-Bijalpura-Bardibas Indo-Nepal railway project

A portion of the railway project that runs from Madhubani to Kurtha, is likely to be extended up to Bijalpura.

Once the project sees completion, a new railway line will be constructed till Bardibas, after Bijalpura.

The project is being executed by Ircon International Limited , East Central Railway (ECR), and KRCL.

Indian Railways has been collaborating with the Nepal Railway Company to share knowledge and operations & maintenance processes. 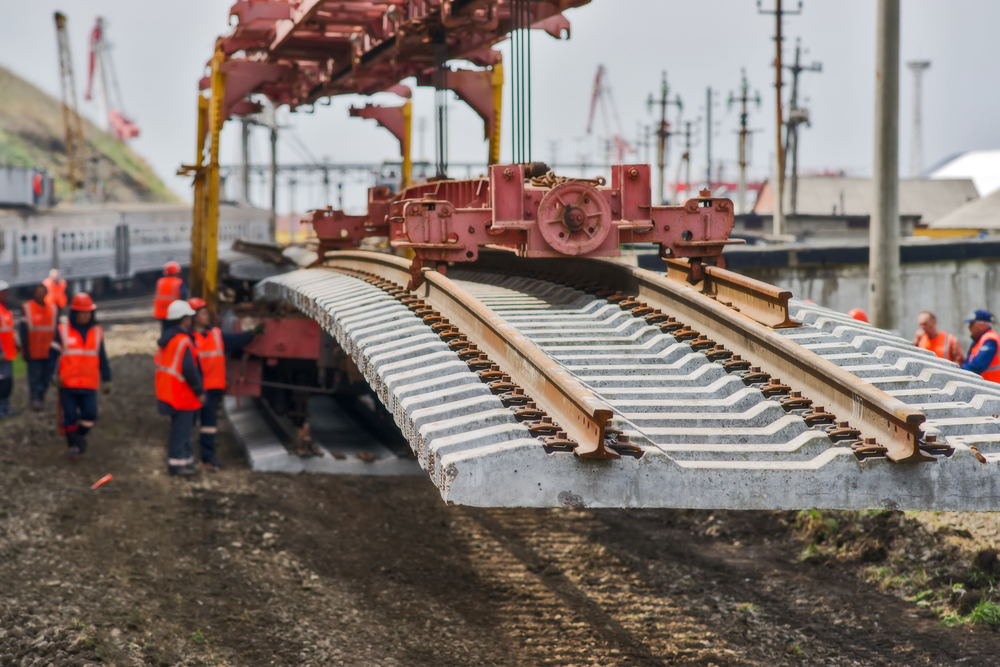 Come March 2021, the rail connectivity between India and Nepal, specially Jayanagar-Kurtha will be extended up to Bijalpura, which is 17 km from Kurtha. The project is being executed by Ircon International Limited (formerly Indian Railway Construction Limited), East Central Railway ( ECR), and KRCL.

The project is likely to be extended till Bardibas, post the handover of land by the Government of Nepal. The Indian Government invested around US$74.97 mn for the 68.72km long Jayanagar-Bijalpura-Bardibas Indo-Nepal railway project. According to a press release, the first phase of railway project between India and Nepal, from Jayanagar to Kurtha section, a total of 34.9 km has been completed.

All rail engineering and infrastructure works have been completed by Ircon. In addition, the Konkan Rail Corporation Limited (KRCL) has supplied two sets of 1600 HP DEMU passenger rakes in addition to AC and non-AC coaches.

This project marks the introduction of Broad Gauge passenger rail service in Nepal. Therefore, Indian Railways has been collaborating with the Nepal Railway Company to share know-how and operations and maintenance processes, as well as to deliver training to officials from Nepal. The Government of India has prepared a draft Standard Operating Procedure (SOP) document to start passenger train operations in the section  and shared Nepal Railways.

In the past ( till 2014), there was a narrow gauge service ran between Jayanagar and Janakpur, that was operated by Nepal. Indian Railways has been working on manufacturing modern trains, constructing newer railway lines for enhanced passenger comfort and experience. The Jayanagar-Bijalpura-Bardibas railway route is aimed at encouraging the tourism potential across both countries.

As close neighbours, India and Nepal share unique ties of friendship and cooperation characterised by an open border and deep-rooted people-to-people contacts of kinship and culture. There has been a long tradition of free movement of people across the border. Nepal shares a border of over 1850 km with five Indian states – Sikkim, West Bengal, Bihar, Uttar Pradesh and Uttarakhand.

The India-Nepal Treaty of Peace and Friendship of 1950 forms the bedrock of the special relations that exist between India and Nepal. Nepalese citizens avail facilities and opportunities on par with Indian citizens in accordance with the provisions of the Treaty. Nearly 8 million Nepalese citizens live and work in India.

Government of India’s development assistance to Nepal is a broad-based programme focusing on creation of infrastructure at the grass-roots level, under which various projects have been implemented in the areas of infrastructure, health, water resources, education and rural & community development. In recent years, India has been assisting Nepal in development of border infrastructure through upgradation of 10 roads in the Terai area; development of cross-border rail links at Jogbani-Biratnagar, Jaynagar-Bardibas; and establishment of Integrated Check Posts at Birgunj, Biratnagar, Bhairahawa, and Nepalgunj. The total economic assistance earmarked under ‘Aid to Nepal’ budget in FY 2019-20 was US$ 164.54 million.

During the visit of Prime Minister of Nepal in April 2018, the two Prime Ministers jointly inaugurated the Integrated Check Post at Birgunj (Nepal) built with assistance from the Government of India.

Apart from grant assistance, Government of India has extended Lines of Credit of USD 1.65 billion for undertaking development of infrastructure, including post-earthquake reconstruction projects.

The Indian Railways has always been on its toes when it comes to innovation, whether it is the construction of modern high speed bullet trains or trains with windows and glass rooftops that offer a panoramic view. Currently, they are working on a highly ambitious US$ 4.10 bn project that will allow private trains to run on its network.

Recently, Indian Railways obtained all necessary clearances pertaining to wildlife, forestry and coastal regulations in Gujarat and Maharashtra to construct a 508km-long bullet train railway line, from Ahmedabad to Mumbai.Working in tandem with the Nepalese Government, Indian Railways and other Indian organisations can play an important role in boosting connectivity and mutual trade between the two countries.