The first official BIMSTEC Conclave of Ports was held at Visakhapatnamon over November 7-8. The event was inaugurated by Minister of State for Shipping, Shri Mansukh Mandaviya.

The ports conclave focuses on helping member countries with maritime interaction, port-led connectivity, and the sharing of best practices

Three MoUs were signed between India and Thailand, contributing to the BIMSTEC objectives of boosting connectivity and India’s Act East Policy 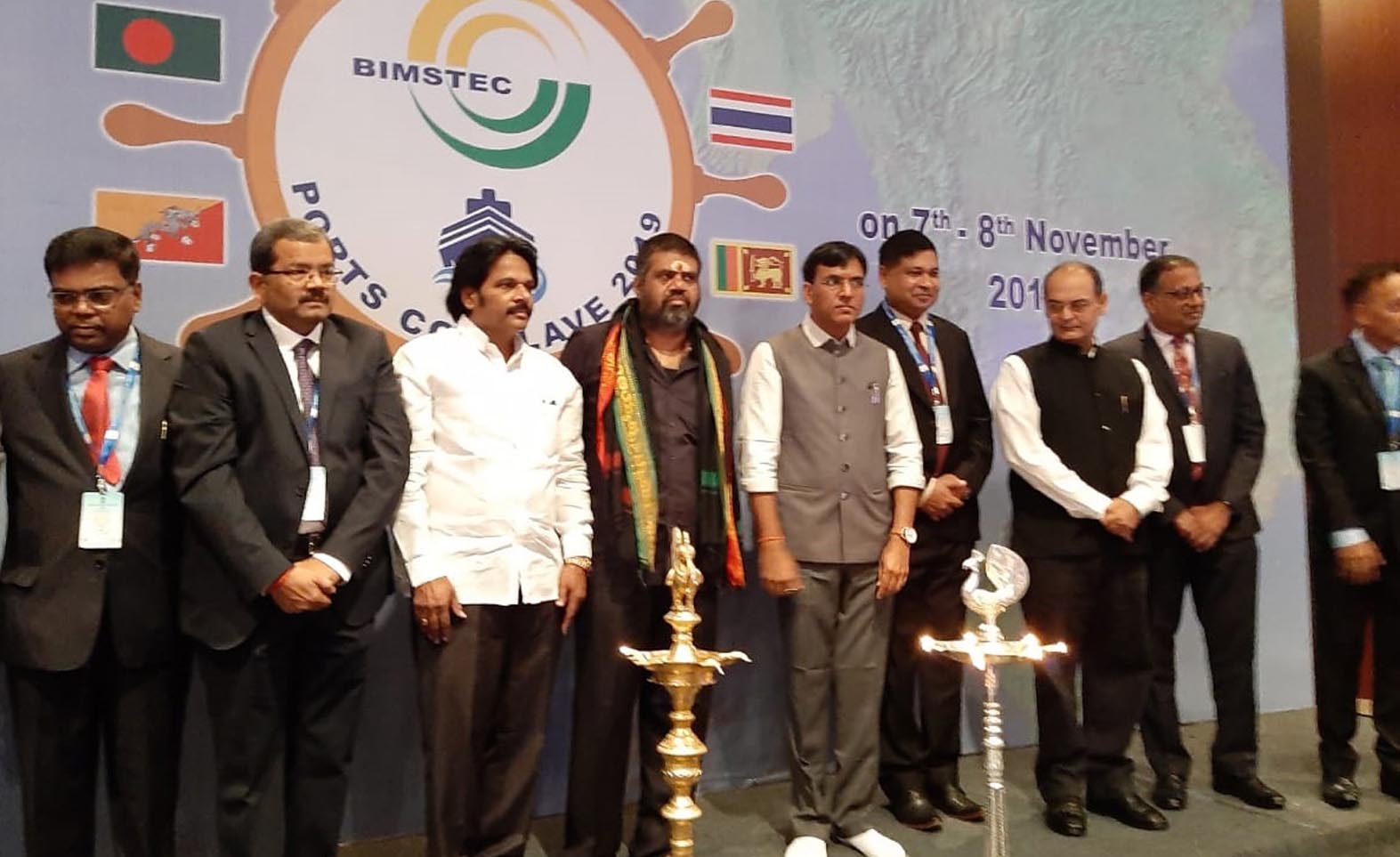 The first official BIMSTEC Conclave of Ports was held at Visakhapatnam over November 7-8 to promote connectivity between the BIMSTEC countries – Bangladesh, India, Myanmar, Sri Lanka, Thailand, Bhutan, and Nepal. Inaugurated by Minister of State for Shipping, Shri Mansukh Mandaviya, the conclave focused on strengthening maritime interaction, port-led connectivity, regional cooperation and opportunities and sharing of best practices between the member countries.

Shri Mandaviya restated Prime Minister, Narendra Modi’s vision for Security and Growth for All in the Region (SAGAR), with emphasis on the notion of ‘Collective Efforts, Inclusive Growth.’ He shared India’s intent to establish partnerships with Bay of Bengal initiatives for multi-Sectoral Technical and Economic Cooperation (BIMSTEC) member nations, stating how the BIMSTEC Conclave of Ports will greatly assist future cooperation, according to a government statement.

The conclave oversaw the signing of three preliminary agreements between Ranong Port (Port Authority of Thailand) and the Port Trusts of Chennai, Vishakhapatnam, and Kolkata respectively. Enhancing connectivity between Thailand and India’s East coast, these MoUs will assist in achieving BIMSTEC objectives and are part of India’s Act East Policy. The improved connectivity will create opportunities to enhance economic partnerships between India and Thailand by significantly reducing sea travel time from  10-15 days to 7 days, as stated in the release.

The BIMSTEC region collectively holds 167 billion people, accounting for 22% of the global population, with a combined GDP of over US$3.7 trillion. Having previously hosted a BIMSTEC summit in New Delhi in 2008, followed by the ‘BIMSTEC Outreach and Leaders’ summit held in Goa in 2016, India is facilitating strengthened regional cooperation and creating investment opportunities in its maritime sector.