India has spared no multinational platform -- ASEAN, SAARC or BRICS -- to make the point that the key to global food security, more importantly nutritional food security, lay in research and development in the field of agricultural and allied services

As per estimates by the United Nations, the world population is estimated to touch 9.7 billion mark by 2050 from 7.6 billion currently. This growth indicates towards the requirement of a 70 per cent increase in agricultural production over the next 30 years

The fourth international summit of India-ASEAN agriculture ministers was jointly hosted by Thailand’s and India’s minister of agriculture in January 2018; The meeting had discussed food safety and security, agricultural technology and capacity building 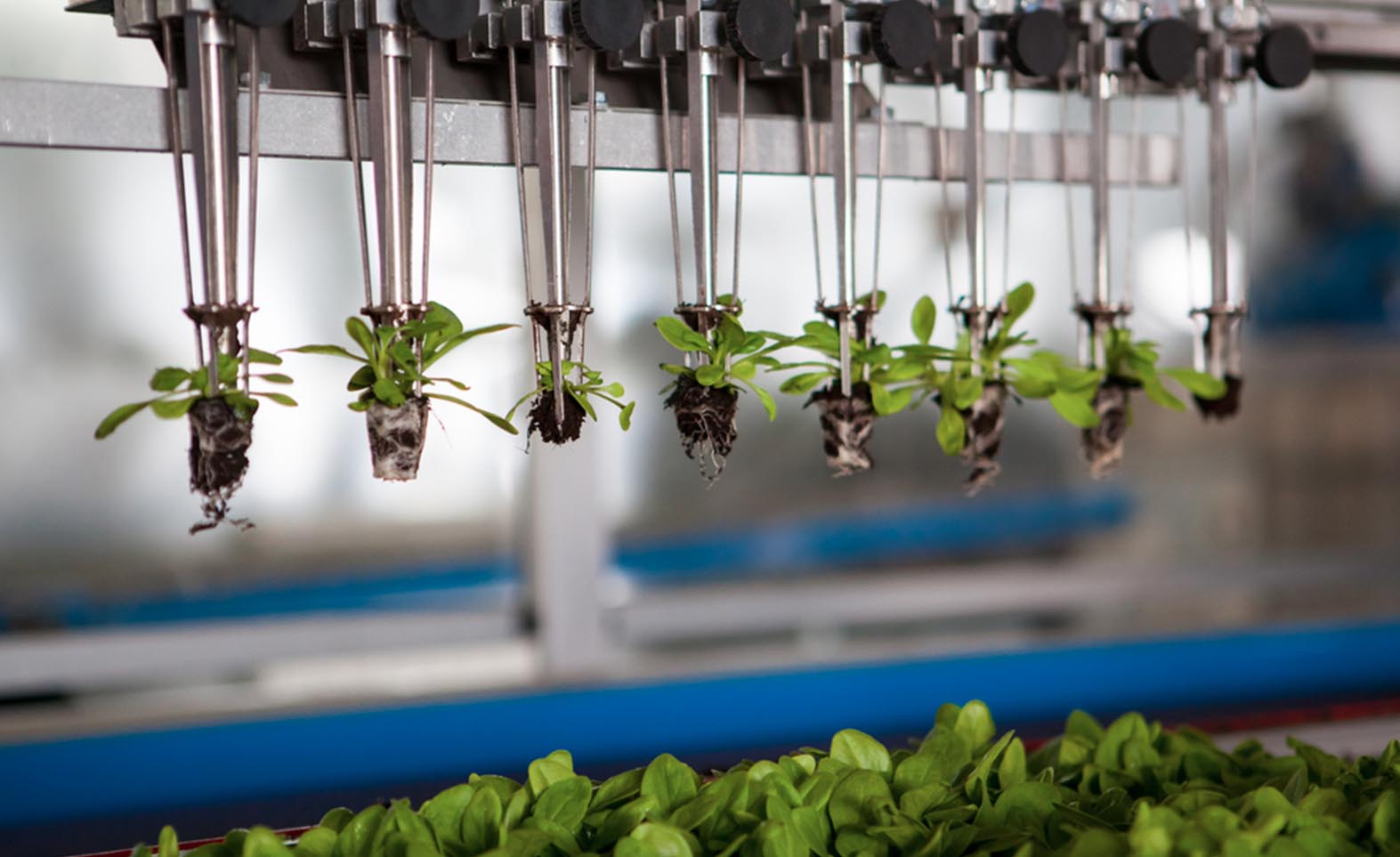 Diplomatic initiatives by India are beginning to change the approach towards global partnerships in agriculture research and development (R&D). As country after country reaches out to India seeking technological collaboration as well as commercial opportunities in the space, there is an overt acknowledgement that the issue of global food security is a matter of collective responsibility. To aid growth in this space, India has hosted two high-octane summits to facilitate dialogue and cooperation in agricultural innovation. Ministers of agriculture and forestry from the member-nations of the Association of SouthEast Asian Nations (ASEAN) bloc met with India’s Minister of Agriculture and Farmers Welfare, Radha Mohan Singh, at the 4th ASEAN-India Ministerial Meeting on Agriculture and Forestry (AIMMAF) on January 12th, in New Delhi. The meeting, which discussed food security and capacity building, was jointly chaired by Grisada Boonrach, Thailand’s minister of agriculture and cooperatives, and Mr Singh.

Similarly, over April 17-19, India hosted a summit of agricultural experts from the South Asian Association for Regional Cooperation (SAARC) nations – Afghanistan, Bangladesh, Bhutan, India, Nepal, the Maldives, Pakistan and Sri Lanka. The agenda of the event was to discuss ways and means of addressing the impact of climate change on agricultural activities and adaptation measures for climate resilient agrarian practices and technologies. The SAARC regional Conference was themed around “Climate Resilient Agricultural Policies, Strategies and Programmes” and reported presence of more than 80 senior officials and agricultural experts from SAARC nations. In January 2018, Prime Minister Narendra Modi had also signed two deals related to water management with Israel’s President Benjamin Netanyahu. The agreements identified efficiency of water resource use, water conservation and its purification and productivity increases in agriculture as key areas for deepening bilateral cooperation.

This was followed by a deal signed with Iran in March 2018 to enhance cooperation in agriculture and allied sectors. The agreement with Iran envisages joint programmes to exchange information and personnel as well as co-operation in horticulture, machinery, post-harvest technology, plant quarantine measures, soil conservation, seed technology, livestock improvement and dairy development as well as credit and cooperation. Similarly, in December 2017, Indian Government had approved a preliminary agreement with Colombia in the field of agriculture and fisheries. The agreement involves cooperation in innovative agricultural practices and approaches as well as new agricultural mechanisations. The countries will also develop projects with agricultural companies for production of seed, while testing models of agricultural production and marketing. The diverse climatic and topographical regions that India’s foreign partnerships in agriculture cover has further boosted the nation’s credibility in the field.

Such agreements have also involved exchange and training of experts to augment capabilities and resources for future. Beyond the SAARC and ASEAN groups, India had entered an Agriculture Research Platform (ARP) as part of the BRICS association. A related agreement was signed by Foreign Ministers of the BRICS nations at the Eighth BRICS Summit at Goa. The agricultural cooperation deal, initially valid for five years, also provides for cooperation in soil conservation and water management, integrated nutrients management, seed technology and agricultural marketing. Livestock improvement, dairy development, animal health and other fields as mutually agreed upon also fall within the scope of this deal. Addiotionally, the cooperation will cover exchange of experts, technology and information. These agreements have been critical for India, which is a major global supplier of agricultural products, as a result a considerable portion of the national economy and employment generation relies on farming.

India has spared no multinational platform — ASEAN, SAARC or BRICS — to make the point that the key to global food security, more importantly nutritional food security, lays in research and development in the field of agriculture and allied services.  SAARC, for instance, accounts for 25 per cent of the global population and around 67 per cent of the region’s population lives in rural areas. Almost half of the workforce is employed in the agriculture sector and around 42 per cent of South Asia’s landmass is under agricultural operation. Agriculture plays a pivotal role in fast-growing South Asian economies, local lives and livelihoods. Crops grown in the region are important, both for regional and global food security. Beyond improving production capacity as a result of sharing of technologies and best practices, joining forces can help resolve a variety of agricultural challenges jointly faced by partnering nations, leading with climate change. Hence, regional consultation provides for innovation to meet common challenges.

The SAARC Agriculture Centre (SAC) has also signed a preliminary agreement with the International Crops Research Institute for the Semi-Arid Tropics (ICRISAT), Hyderabad, to build a regional strategy for nutritional security

The SAARC Agriculture Centre (SAC) has also signed a preliminary agreement with the International Crops Research Institute for the Semi-Arid Tropics (ICRISAT), Hyderabad, to build a regional strategy for nutritional security. In fact, international linkages with premier Indian institutions such as the Indian Council of Agricultural Research (ICAR), Council of Scientific and Industrial Research (CSIR) as well as with the Government’s Department of Science and Technology (DST) and Department of Biotechnology have opened up opportunities for research in weather forecasting and climate change, which have a direct impact on agriculture production. Similarly, India has sought collaborations with the ASEAN states in the areas of food safety and security, agricultural technology and capacity building, food processing, value chains and agricultural marketing. The meeting in January 2018 had also endorsed the medium term plan of action (POA) for ASEAN-India Cooperation in Agriculture and Forestry (2016-2020).

Historically, India has focused on public investment in agriculture research and development. That has been one of the key drivers of growth. Consequently, with the Green Revolution and the subsequent Rainbow Revolution have helped India achieve security in foodgrains, dairy, oilseeds and fisheries. In recent times, India’s larger strategy has been to take international collaborations in agriculture, more specifically in R&D, to the next level to meet newer challenges. A consistent growth in funding has led to increased investment in biotechnology, hybrid seeds, plant protection chemicals, farm machinery and animal health. This is where India’s engagement with Latin American countries gains significance. Take for example Colombia. Colombia has a landmass one-third of India with a population of only 48 million. After the peace agreement, a lot of land which was out of bounds because of the insurgency has now become available. Colombia can meet some of India’s requirements of vegetable oil, pulses and others.

More specifically, India’s cooperation with Colombia includes research in oilseeds, palm oil, production and processing of horticulture products and biodiesel and gum. The bilateral agreement also covers marine industrial fishing and aquaculture, along with research and training in fisheries. Additionally, the countries will hold partnership in small and large ruminants (cattle, sheep, goat) and pigs productivity, diseases and diagnostics. This opens up opportunities for meat and pork processing and will help diversify Colombia’s agricultural production which primarily included coffee, cocoa and rubber.  Similarly, countries such as Argentina and Brazil could collaborate with India, which imports huge quantities of edible oils and pulses. Countries such as Guatemala, Nicaragua and Cuba have also sought India’s technical know-how in agriculture along with requests for grain exports. Partnership with India will provide such developing regions with necessary crop sciences, technology, infrastructure and finances.

Increase in public investment in agriculture has also led to a lot of innovation in genomics, software, communication, logistics and technology. According to estimates by the United Nations (UN), the world population is estimated to rise up to 9.7 billion by 2050 from 7.6 billion currently. It means that the world would require 70 per cent more agricultural production over the next 30 years, and technology will help in meeting that demand. With the unique position that India enjoys globally in technology innovation and development, the nation has become a critical stakeholder in meeting that requirement. In May 2018, the National Institution for Transforming India, or the NITI Aayog, a policy think tank of the Government of India, had entered into an agreement with IBM, a US-based IT major, to develop precision agriculture technologies using Artificial Intelligence (AI). The collaboration will help develop a crop yield prediction model using AI to provide real time advisory to farmers.

Technology can provide insights to farmers to improve crop productivity, soil yield, control agricultural inputs with the overarching goal of improving farmers’ incomes. The scope of this project is also to introduce and make available climate-aware cognitive farming techniques and identifying systems of crop monitoring, early warning on pest and disease outbreak based on advanced AI innovations. Additional benefits include deployment of weather advisory, rich satellite and enhanced weather forecast information along with IT and mobile applications with a focus on improving crop yield and cost savings through better farm management. The country is well poised to become the pivot for transfer of agri innovation and technologies for other developing countries. Clearly, investment in research and development in Indian agriculture is an investment for a large part of the world.