The Indian Government had introduced the Aarogya Setu mobile application to aid the efforts to limit the spread of COVID-19 by enabling Bluetooth-based contact tracing, mapping of likely hotspots, and dissemination of relevant information about COVID-19

Over 114 million users have downloaded the app so far, more than any other contact tracing app in the world

Available in 12 languages and on three platforms, the Aarogya Setu app is being used by citizens across India

The key pillars have been transparency, privacy, and security, and the code of the app is now available as open-source

The app offers a comprehensive suite of interventions, including self-assessment tests, Bluetooth mapping, and hotspot predictions 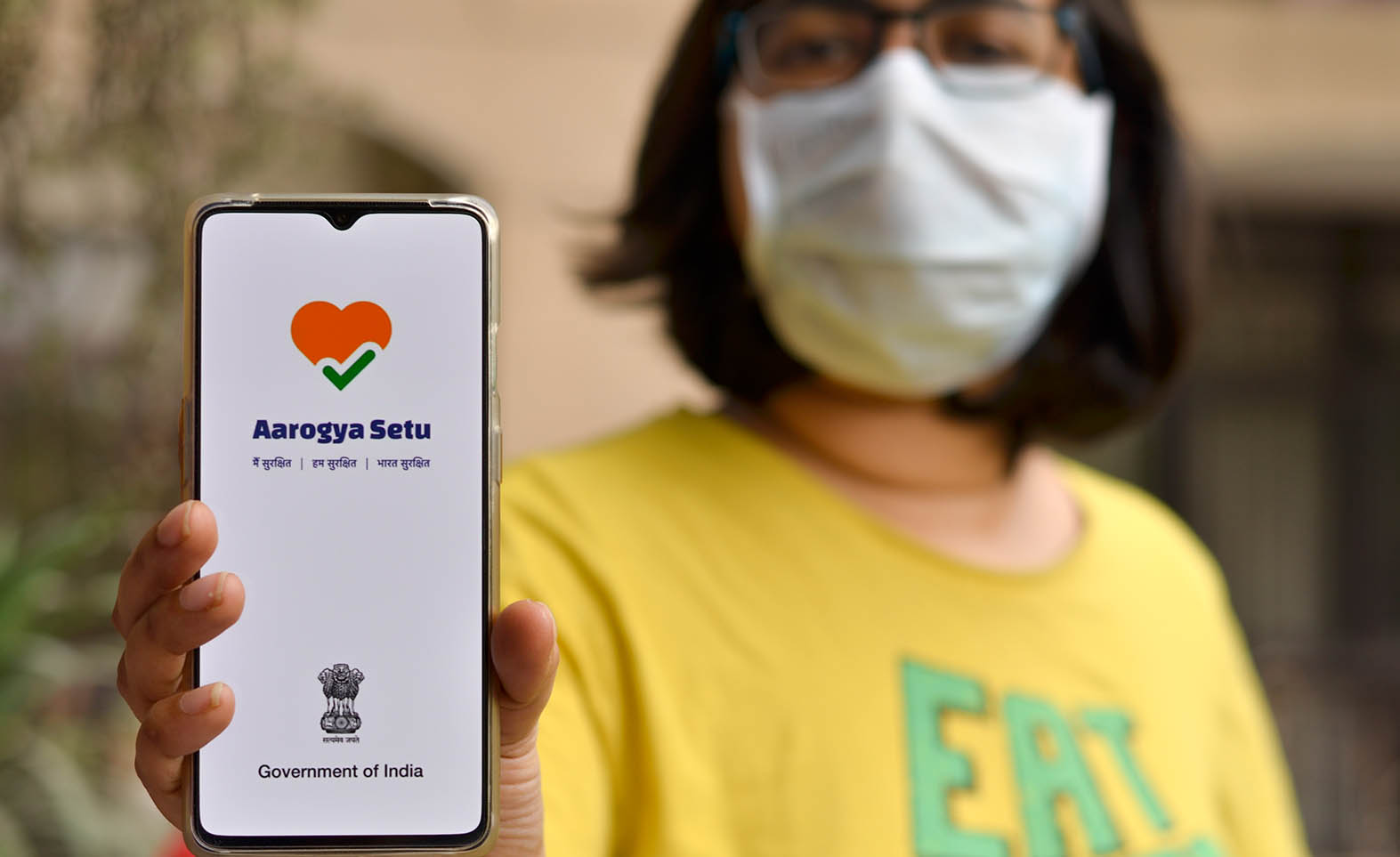 The Government of India’s Aarogya Setu mobile application, aimed at boosting efforts to limit the spread of COVID-19, has proven to be a great success. As of May 26, over 114 million users have downloaded the app, more than any other contact tracing app in the world. Available in 12 languages on Android, iOS, and KaiOS platforms, the Aarogya Setu app is being used by citizens across the country to protect both themselves and the society at large. Launched in early April, the mobile app helps with Bluetooth-based contact tracing, mapping of likely hotspots, and dissemination of relevant information about COVID-19.

Aarogya Setu’s development has been a remarkable example of collaboration between the Government, industry, academia, and citizens. It is also a product of the hard work of young technological experts from India. With the release of the source code in the public domain, the Indian Government hopes to expand collaboration and build a robust and secure technology solution to help support frontline health workers in fighting this pandemic. This action has also demonstrated India’s global commitment, by sharing learnings and making the benefits available to the rest of the world.

The app offers a comprehensive suite of interventions against COVID-19. Two-thirds of registered users have taken the self-assessment test to evaluate their risk of exposure to COVID-19. Additionally, the app has helped identify about 500,000 Bluetooth contacts. People who are identified as Bluetooth contacts of COVID-19 positive cases or are classified as needing assistance based on their self-assessment are contacted by the National Health Authority. Analytics of Bluetooth contacts and location data has also helped identify more than 3,500 potential COVID-19 hotspots across India, which is critical to flattening the curve and controlling the spread of the pandemic.

The process of supporting open source development will be managed by the National Informatics Centre (NIC). All code suggestions will be processed through pull request reviews. More details can be found in the Frequently Asked Questions document available at https://www.mygov.in/aarogya-setu-app/