The 5th India-Mexico High Level Group meeting on trade, investment and cooperation was held via video-conferencing.

To expand and diversify bilateral trade between India and Mexico have signed MoUs in various sectors. 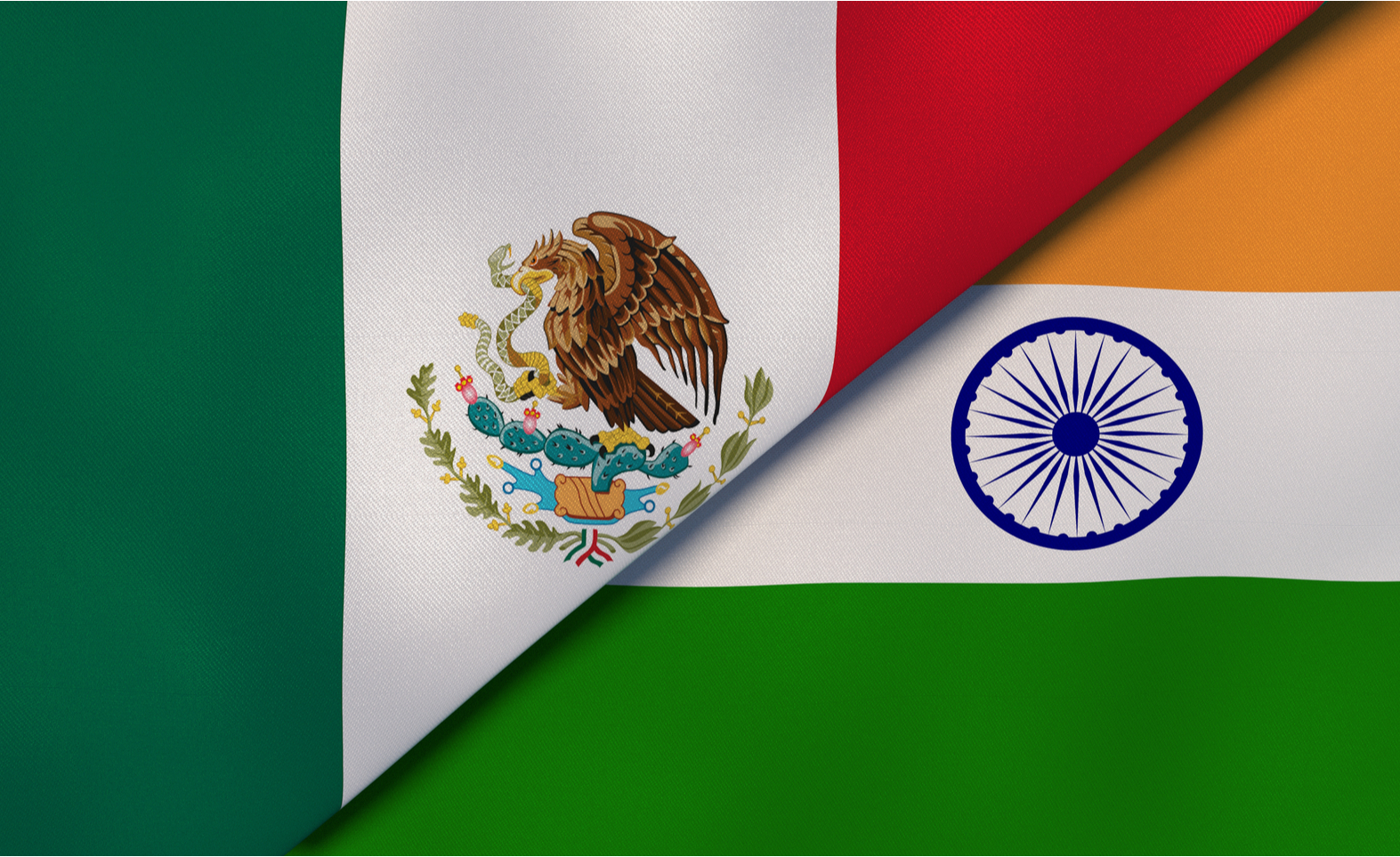 India and Mexico have agreed to expand and diversify bilateral trade ties and tap the potential of the synergies between the two nations through enhanced cooperation in the pharmaceuticals, medical equipment, healthcare, agro-products, fisheries, food processing and aerospace industry etc. The meeting was co-chaired by the Commerce Secretary of the Government of India, Dr Anup Wadhwan and the Vice Minister for Foreign Trade of the Government of Mexico, Ms Luz Maria de la Mora, and other ministers from both countries.

Aiming to strengthen business relations between India and Mexico, business to business MoUs were signed in the 5th meeting on India-Mexico BHLG. The Electronics & Computer Software Export Promotion Council (ESC) of India signed MoU with the Mexican Chamber of Commerce, Telecommunications, and Information Technologies (CANIETI). Another MoU was signed between the Federation of Indian Chambers of Commerce and Industry (FICCI) and the Mexican Business Council of Foreign Trade, Investment and Technology (COMCE) for promoting the development of business relations between India and Mexico. Much progress has been made in the bilateral trade and commercial relations in recent years. Both sides discussed a number of bilateral ongoing and outstanding issues, ranging from Audio-visual Co-production, Bilateral Investment Treaty, market access for agricultural products, a cooperation framework on Sanitary and Phytosanitary (SPS) & Technical Barriers To Trade (TBT) measures between the two countries, cooperation in the Intellectual Property Rights (IPR), and exploring ways to promote tourism and people-to-people contact between India and Mexico. India and Mexico are both strong trading and investment partners. Mexico being the main Latin-American destination for Indian investments is the largest Latin-American investor in India. Both countries are working towards strengthening their relationships based on these facts. Bilateral trade and investment have grown rapidly between the regions, ranging from automotive, IT, and energy to entertainment. In FY 2019-20, trade reached US$7.9 billion, India exporting around US$3.6 billion while absorbing US$4.3 billion in imports from Mexico. Indian interests in Mexico have been rapidly rising, which augurs well for the two countries. The complementary cultural energies between both countries and their common goals, drives this business-oriented approach towards development and expansion in this new era.