Besides offering large-scale trade and investment opportunities, the BRICS group of nations have been at the forefront of empowering grassroots entrepreneurs who contribute greatly towards strengthening the local economy as well as foreign trade

Cooperation between the BRICS nations currently span across trade, finance, health, education, science and technology, agriculture, ICT, among others 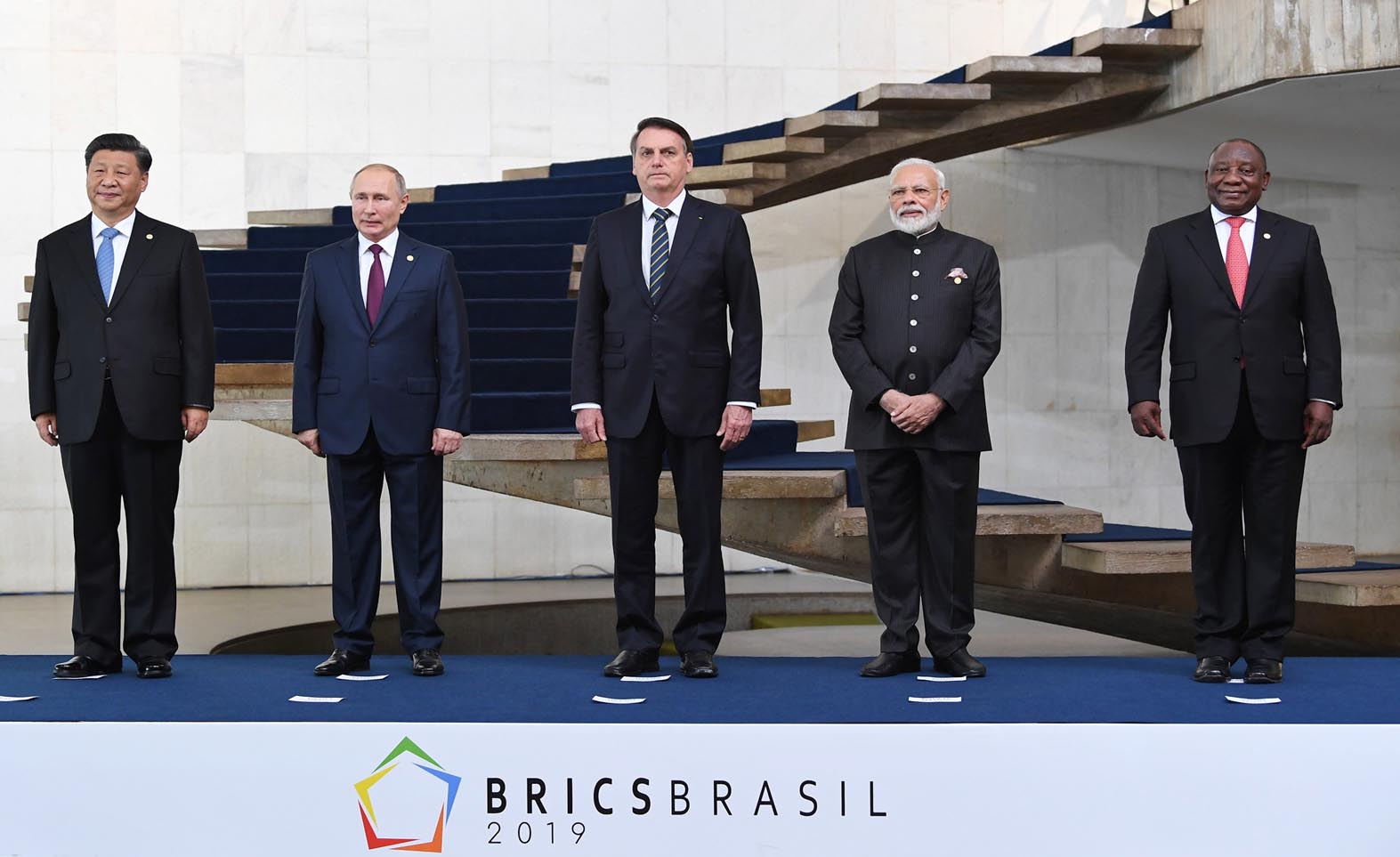 Prime Minister Shri Narendra Modi attended the 11th annual summit of the BRICS group of nations (Brazil, Russia, India, China, and South Africa) in Brasilia, Brazil over November 13-14. The latest summit themed around “Economic Growth for an Innovative Future,” marked PM Modi’s sixth appearance at the key meeting of the heads of the world’s most prominent emerging economies. The bloc represents 50 per cent of the world’s population, 25 per cent of the global GDP and around 20 per cent of the total world trade in 2018. Cooperation within this group has been led by two pillars that include consultations on issues of mutual interest through the meeting of leaders and ministers, as well as cooperation through the meeting of senior officials from areas such as trade, finance, health, education, science and technology, agriculture, ICT, among others. When combined, BRICS is a force to be reckoned with. During his visit, PM Modi was accompanied by a large business delegation that participated in the BRICS Business Forum.

BRICS at the centre of global innovation

Addressing the plenary session of the summit, PM Modi said that the theme of the summit was apt as innovation has become the basis of sustainable development. He emphasized that innovation was at the heart of strengthening the future of cooperation between the growing BRICS nations. On the sidelines of the summit, PM Modi held bilateral meetings with Russian President Vladimir Putin, the Chinese Premier Xi Jinping and the Brazilian President Jair Messias Bolsonaro that build the ground for greater cooperation in an expanded range of areas. He also addressed the BRICS Business Forum and interacted with the BRICS Business Council as well as the New Development Bank (NDB). At the Forum, PM Modi said that BRICS countries had accelerated economic development, drove millions out of poverty and achieved breakthroughs in future technology and innovation, despite the recession in the world. Going ahead, simplifying intra-BRICS business can further bolster prosperity through increased trade and investment.

PM Modi announced that the Business Council has created a plan to reach a US$500 billion Intra-BRICS trade target by the next BRICS summit, and identification of economic complementarities among BRICS countries would be important in this effort.

Partnership agreement between the NDB and the BRICS Business Council would be useful for both the institutions, he added. The summit also saw India signing key agreements with BRICS partners to enable R&D partnerships. Cooperation between BRICS nations currently spans MSMEs, ecommerce, IPR, trade, and investment promotion, among others. PM Modi said that improved collaboration will help better monetise the rich resources and talents in the BRICS nations. Such possibilities are already there in sectors pertaining to electric vehicles, digital technology, fertilizer, agricultural products, food processing, among others. He urged the Forum to map complementarities in the five nations and expressed hope at least five more areas will be identified by the next BRICS Summit.

BRICS, a force of economic stability

As part of the Indian delegation, the Union Minister for Commerce, Industry, and Railways, Piyush Goyal, attended the BRICS Trade Ministers meeting. At the event, Minister Goyal said that BRICS was a critical force to bring stability in an uncertain global financial landscape. BRICS has gained increased relevance at a time when the world is facing challenges related to growing protectionism and trade tensions. Herein, besides offering large-scale trade and investment opportunities, the BRICS nations have been at the forefront of empowering grassroots entrepreneurs who contribute greatly towards strengthening the local economy as well as foreign trade. To this end, India urged the BRICS bloc to focus on trade as a catalyst for development, poverty alleviation and job creation. There lie strong opportunities for trade between the BRICS nations driven by their natural resources, human capital, and financial outreach. The BRICS nations have the potential to become global growth engines and leaders in innovation and enterprise.

PM Modi requested the bloc and the NDB to join Coalition for Disaster Resilient Infrastructure that will promote disaster-resilient infrastructure in the growing nations. He also asked for the work of opening a Regional Office of NDB in India to be completed soon. This will give a boost to projects in priority areas. PM Modi added that the dream of strengthening BRICS economic cooperation can be realized only with the full cooperation of the Business Council and the NDB. As India aims to build a US$5 trillion economy by 2024, infrastructure alone would require US$1.5 trillion investment. Related to this, PM Modi conveyed the opportunities of investment in India. The Indian delegation urged BRICS partners to collectively take the lead in shaping the narrative on reforms within the WTO in order to enhance the multilateral body’s effectiveness in contemporary technological and trade environment. The Indian side added that it was important for BRICS to develop digital capabilities, skills, and infrastructure to aid future opportunities.